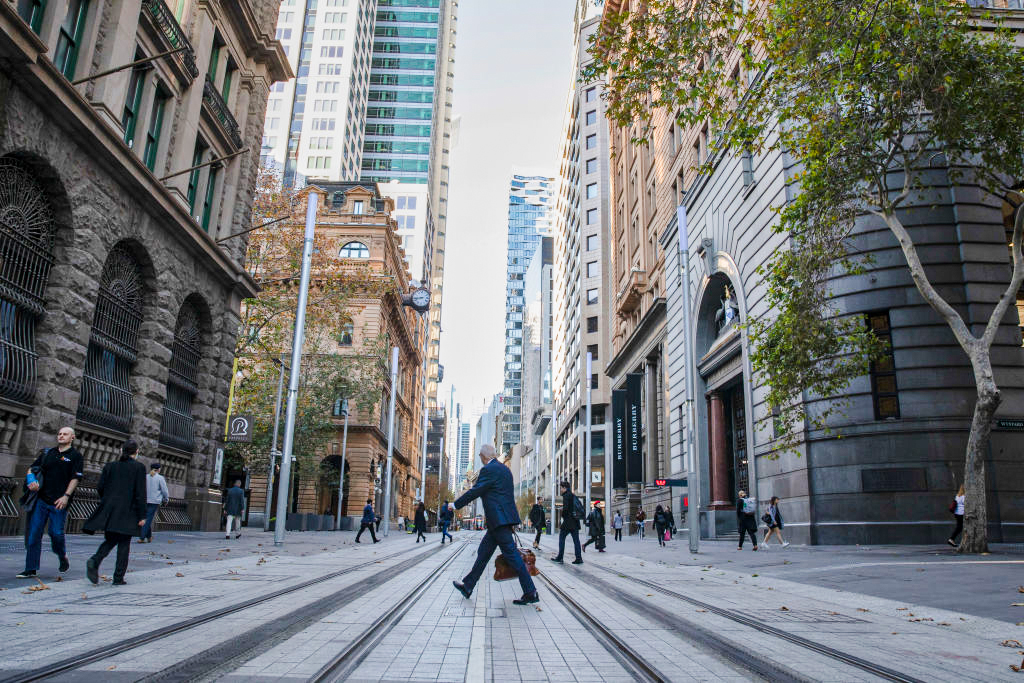 A general view is seen as a businessman crosses George street at in Sydney, Australia, on June 1, 2020. (Mark Kolbe/Getty Images)
Australia

A veteran affairs advocate says Australian society is no longer driven by values, and instead has become focused on self-interest, profit, and pleasure.

Heston Russell, himself a former special forces operative who has embarked on over 200 missions, says Australian servicemen and women are often confronted with a culture shock when they leave the armed forces.

“The military is fantastic at grabbing someone off the street, and issuing them with a collective identity, and an overwhelmingly inspiring purpose that hits them at the intrinsic and extrinsic level,” he told The Epoch Times. “From the way they march you around, to the way you wear a uniform, and even being called by your last name.”

Russell said the military was a “for purpose” and “values based” organisation where each individual was held accountable to values like courage, initiative, teamwork, and respect.

“But as many of us transition to [living] primarily in larger cities in Australia, we find that society no longer really values responsibility, it’s replaced with entitlement: ‘What’s in it for me, what do I deserve?’ It replaces selflessness with selfishness, it’s dog eat dog.

“Everything is ‘for profit,’ as opposed to ‘for purpose.’ And it’s a really difficult place to espouse these values, where you are literally the minority as people are too busy focusing on profit, enjoyment, and all these things.”

It is this clash of values that often leaves returning defence force personnel struggling to adapt, and eventually developing mental health issues.

“Many veterans go through this sort of moral injury, it’s an identity crisis,” he said.

This is compounded by a range of issues that hit veterans including extensive delays at Australia’s Department of Veteran Affairs—which is working through a backlog of 37,000 applications for compensation—as well as a lack of structure in daily life that can lead to lack of fitness, excessive drinking, and even drug abuse.

“In the military, you have random drug and alcohol tests every month, and without that group accountability it’s easy to degenerate into what is just the common standard in Australian society. When all these issues are compounded together for a while, it becomes the veteran mental health and suicide issue all bundled together.”

“We have fewer binding rituals, not just from a religious point of view, but also patriotic rituals, if you like,” he told The Epoch Times. “This has been going for around 50-100 years and is part of the emergence of the market economy.”

“Everyone lives in cities, we don’t live in extended families or tribes—a biological need actually—which in some ways is what the military recreates,” he said. “The diagnosis of posttraumatic stress disorder (PTSD) is almost a proxy for the decline in exactly these types of systems.”

Ahmed also pointed to other factors contributing to the decline of veteran mental health.

“The wider population is terribly disconnected to the meaning of the military and what they’re actually doing, and the reality is often the wars we’re fighting [Afghanistan] are very distant from the day to day lives of the average person,” he said.

“Israel apparently has one of the lowest PTSD rates among developed armies, and one of the theories is the whole population is so connected to its conflicts.

“If you’re a veteran and you finished service and retire, you’ve got huge status.”

When campaigning, Russell often asked individuals where they think Australia was headed as a nation. Some Australians point to net-zero as a worthy goal and tackling climate change. However, beyond that, Russell believes its even more critical for the society to rediscover its ANZAC roots—born from the trenches of World War I.

During the war, Australian “diggers” displayed endurance, initiative, discipline, and mateship despite facing, at times, insurmountable odds. These values have become the ANZAC spirit celebrated every April 25.

“Our identity, the modern Australian identity and values-based society, in my opinion, was born with the ANZACs,” Russell said.

“I believe governments and leaders are meant to provide that higher purpose for people,” he said, warning that politics had become too focused on factional rivalry and winning elections.