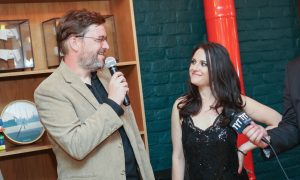 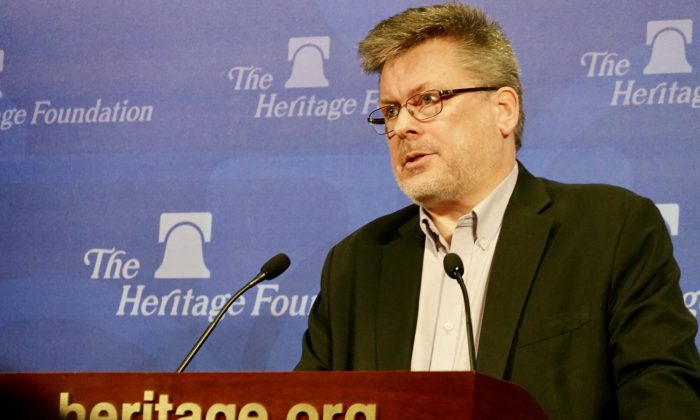 WASHINGTON—The economic problems brought by socialism are widely known, but the danger the ideology poses to the institution of the family—the very foundation of society—is more fundamental, says an expert.

Despite this, the rhetoric and politics of socialism have seen a revival in the United States since the 2008 financial crisis, according to Edward Feser, a professor of philosophy at Pasadena City College in California.

“In the wake of the Reagan and Thatcher revolutions, the collapse of the Soviet Union, and the liberalization of the Chinese economy, many observers judged at the beginning of the 21st century that socialism was dead,” he said at a Heritage Foundation event on Feb. 11.

“But if so, then like the zombies that have been all the rage in pop culture for the past few years, it is a corpse that walks.”

Socialism and the family are incompatible, according to Feser. Socialism has a tendency to undermine the traditional family, and this breakdown has, in turn, led to a greater need for state assistance—hence leading society further in a socialist direction in recent decades, he said.

The family is the fundamental unit of society, and traditionally, the state’s role was to assist and safeguard the family.

“Now liberalism replaced this conception with the idea of the individual as the fundamental social unit,” he said.

“Liberalism has come to regard the basic premises of feminism and of the sexual revolution as matters of justice. … It is, in this view, unjust if men and women are not equally represented in the workforce outside the home and in various career fields.”

The logical outcome of these liberal premises is that the government will have to claim for itself greater powers, and intervene in the private economy so as to ensure that justice. Such tendencies have given way to socialism, he said.

In addition, when the traditional family structure breaks down, some people, especially single mothers and children, find themselves without sufficient private means of assistance and thus depend on greater governmental support.

Besides these material factors, there are spiritual or moral factors that lead in the direction of socialism as well.

Human beings are by nature social animals, Feser said, and individuals are incomplete without a family.

“People long to be part of something bigger than themselves. When the family is not there to fulfill this need, they will look for a substitute,” he said. “This can make the idea of a socialist society attractive, especially to young people.”

Socialists push for plans such as a universal basic income, single-payer health care, state-backed education for all, and heavy taxes on inheritance.

So the idea is that “all basic material needs will thereby be provided by the state rather than by the father or even the father and mother together,” he said. “The state becomes the de facto breadwinner for all.”

President Donald Trump slammed the encroachment of socialism into America in his recent State of the Union address on Feb. 5. Trump, a fiery critic of socialism and communism, made the remarks as he spoke about the economic collapse in Venezuela, one of the latest examples of socialism’s failure.

His remarks also came in response to growing support for far-left socialist ideas among Democrats, such as “Medicare for All” and the “Green New Deal,” that would enable massive government expansion into the health care and energy sectors.

“America was founded on liberty and independence–not government coercion, domination, and control. We are born free, and we will stay free,” Trump said.