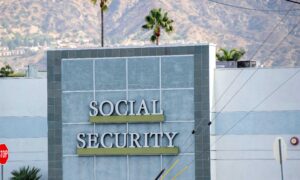 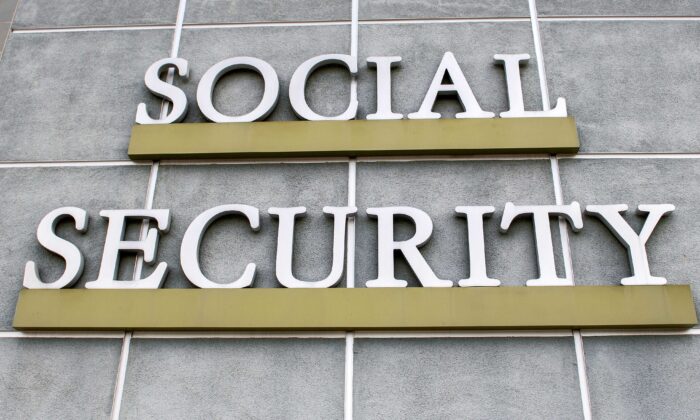 A sign is seen outside a U.S. Social Security Administration building in Burbank, Calif., on Nov. 5, 2020. (Valerie Macon/AFP via Getty Images)
Advice

Social Security Is a Worldwide Phenomenon

But then there are those whose politics are just a little to the right of Attila the Hun who hate Social Security. All I have to do is write something rather benign such as, “Social Security has helped some people in the United States.” And these guys (and it’s almost always guys) blast me with emails labeling me everything from a “socialist” to a “communist” to a “traitor.”

One recent email I got illustrates their views. He wrote, “Social Security is a deep-state plot to bring down the United States.” What these guys just can’t understand is that countries around the world recognize their citizens must come together as a caring society to provide some kind of base of support to older people; people with disabilities; and widows, widowers, and orphaned children. And the mechanism all these countries use to make sure this happens is social security.

I have always been amazed by the number of people who think the concept of social security is unique to the United States. Or they figure that maybe a couple of those “socialist” countries, such as Sweden and Denmark, have social insurance programs in place, but surely not too many other places.

Actually, just the opposite is true. Almost every country on the planet has a social security system in place for its citizens. And many of those countries had social security laws on their books long before the United States jumped on the social insurance bandwagon in the 1930s.

I have in front of me a book called “Social Security Programs Throughout the World” that is produced by the U.S. Social Security Administration. It provides thumbnail sketches of the history, funding, and benefits of each country’s social insurance system. There are currently about 190 countries around the globe. And 177 of them have social security programs.

I always point this out to young people who fret about the future of our Social Security system. I tell them that social security isn’t an American experiment in socialism that will someday run its course. Instead, social security is a worldwide phenomenon. It’s a system of rules and laws in place everywhere in the world, from Albania to Zimbabwe.

And most social security programs around the world offer benefits remarkably similar to our own—to retirees, disabled people, and survivors. I’m going to use the rest of this column to highlight the similarities and differences between a random selection of those 177 programs described in the book.

Benefits: Full retirement at 66 (going up to 67 by 2027); disability at any age if 100 percent disabled; survivors benefits to children under age 18 and to widow(er)s at 60 or at any age if caring for minor children.

Benefits: Full retirement at 65 (going up to 67 by 2024); disability benefits at any age for full or partial disabilities; survivors benefits to children until age 18 and possibly up to age 27; widow(er)s benefits for two years following death, or for longer period of time if caring for minor children.

Funding: Workers pay 11 percent of wages; employers pay up to 17 percent; self-employed pay set monthly fees based on the kind of business.

Benefits: Retirement benefits for men at 65 and for women at 60, or as early as 50 if doing “hazardous work”; disability at any age with a loss of 66 percent of working capacity; survivors benefits to a spouse at any age and to children under age 18.

Funding: Paid for with general tax revenues (no payroll or self-employment taxes).

Benefits: Means-tested retirement at age 65, going to 67 by 2033; means-tested disability and survivors benefits. A variety of other benefits that are not means-tested are available to Australian citizens.

Benefits: Retirement at 60 or age 58 for government employees or age 55 if “prematurely aged”; disability benefits with a loss of 66 percent of work capacity; survivors benefits to children under 14 and to widow(er)s if caring for a dependent child.

These are very brief outlines of just five of the 177 social security programs around the world. But I hope they help make the main point of this column: We don’t have a social security system in this country because politicians are trying to ram socialism down the throats of a naive American populace. We have our Social Security program because we are civilized people who, like human beings across the globe, recognize that citizens must come together as a society to help older people, people with disabilities, widow(er)s, and children when a worker dies.