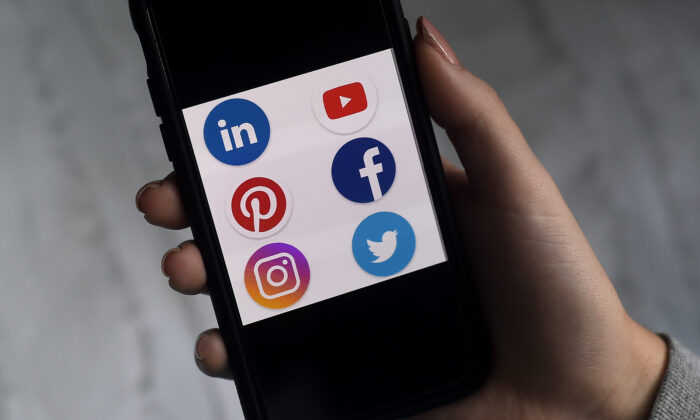 Social media apps are displayed on a smartphone on May 28, 2020. (Olivier Douliery/AFP via Getty Images)
US News

WASHINGTON—An Epoch Times reader survey of more than 3,200 social media users has found that many people have moved away from certain platforms, most commonly Facebook (43 percent), Twitter (32 percent), and Instagram (16 percent).

The most common reasons for quitting the platforms were censorship and bias, including the censorship of former President Donald Trump.

Responses to the survey included the following:

“Not a free speech platform.”

“I don’t like the censoring that Big Tech is getting away with.”

“Too many ads, news inserts, and donation requests.”

“My small act of defiance during the fall of the USA.”

“Because they banned Trump.”

Twitter permanently removed Trump from its platform on Jan. 8, due to “the risk of further incitement of violence,” the company stated. Facebook and YouTube quickly followed suit.

Additionally, almost one-third of respondents said they had had friends or followers removed from their social media accounts.

When asked if they were concerned about the effects of censorship by social media companies, many respondents said they saw it as a trampling of the First Amendment and a violation of a free and open society.

“It used to be that communist countries and third world dictatorships would censor free speech. Now, private companies are doing it here as part of the liberal movement,” said Harry from Virginia.

“This cancel culture and hate campaign against Americans is destructive and un-American,” said a Californian.

“It’s very Marxist. The Republicans should have done something. Now, it’s too late,” said Sean from California.