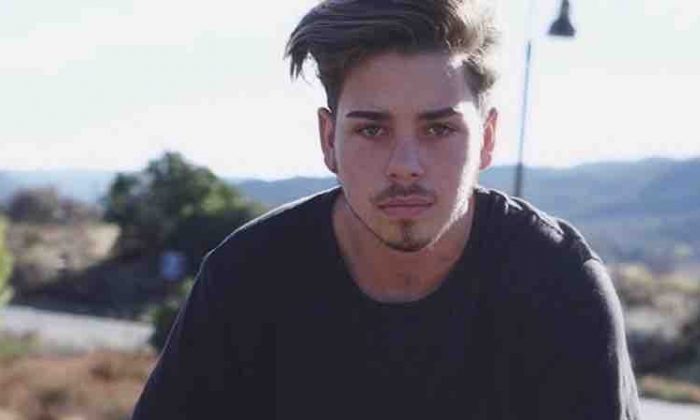 And, in a bizarre twist, the attacker tried to render help to the dying teenager as he bled to death in his girlfriend’s arms, according to the victim’s father.

“Why did he record it, why do you hurt somebody—and then you want to render aid. What is wrong with you?” Atticus Rodriguez, the victim’s father, told KTLA.

Police said Kevin Rodriguez was stabbed in the heart in the parking lot of a Walmart in Temecula around 12:15 p.m. following an altercation with another man.

Rodriguez had been with his girlfriend for three years before the attack.

“He really loved his girlfriend,” the victim’s mother, Traci Rodriguez, told KTLA. “And I’m sorry, I’m really sorry for her to have to go through that—holding him, the way she did. And I’m going to be there for her.”

Rodriguez was treated for the stab wound at the scene and taken to a hospital where he died from his injuries.

The teen went to Walmart with his girlfriend to pick up groceries to celebrate his dad’s belated birthday.

“They saw the guy first honking at a lady going through the crosswalk. She said there was a lot of traffic and this guy looked like he was getting really bad anxiety,” Atticus Rodriguez, the victim’s father, told KTLA.

I have no idea what i was saying in this picture ??? COMMENT WHAT YOU THINK I WAS SAYING ??

“He almost hit my son’s car,” he continued. “So my son raises his hands and is like, ‘What’s wrong? What’s wrong with you?’ Came here to the Walmart, they just figured they’re going to walk into Walmart and buy groceries and that’s when the altercation happened, the guy got out of his car, went after my son, got him by the throat, he told his girlfriend, ‘You’re next.’ She’s freaking out and she had no idea that he had a knife and stabbed him in the heart.”

The victim’s girlfriend ran to the car after the attack, but by the time she got inside she realized that Rodriguez had collapsed.

“He stopped breathing in her arms,” Atticus Rodriguez said.

Police have not yet confirmed the details provided to media by the family. Investigators worked the scene for more than 10 hours on Wednesday to interview witnesses and review surveillance tapes.

A family member started a GoFundMe page to help with funeral costs, which quickly brought it more than the initial goal of $10,000.

The parents of the victim remember him as a loving son who had many friends and regularly went to church. Rodriguez kept an active Instagram profile filled with adventurous photos and videos of stunts.

“He did things for other people and he loved life,” Traci Rodriguez told KTLA.

chillin next to a window ?