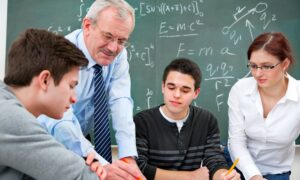 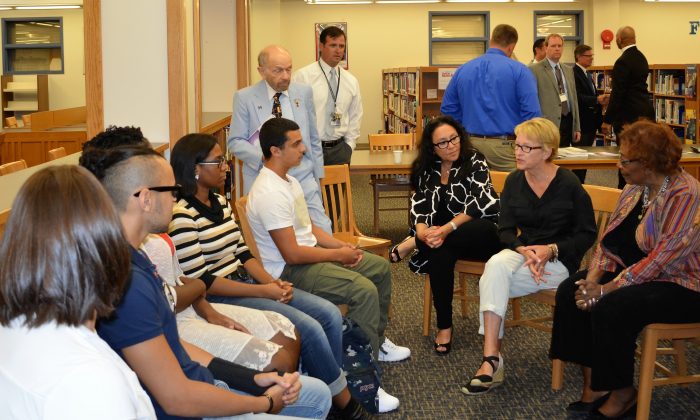 Among presentations nationwide on issues critical to America throughout my career, there are programs conducted for students, as well as for educators, that I consider critical to reawakening the nation.

In my signature presentation for students titled “Be a Person of Character: Change the World,” students are empowered to exemplify lives of character.

The students are motivated to understand their ability to change the world through lives of moral decency.

This presentation honestly assesses contemporary issues that illuminate a crisis of character in head-on collision with a culture of violence.

This abuse is not only dysfunctional, detrimental, and destructive but also dehumanizing.  It also indicates an undercurrent within society that is callous, contemptuous, and culpable, especially when pain and suffering is inflicted upon the innocent.  The heinous crimes committed against them, with livestreaming, is an alarming commentary on the callousness within society.

Students are pensive during these presentations designed to effect a realignment of our moral compass.  The consequences of abusing on-line privileges to influence suicides by cyberbullying are detailed.  Other consequences of on-line abuse include emotional torture that leads to depression through cruel texting, and guilty verdicts for transmissions of crimes.

In one incident, a Canadian teen, Rehtaeh Parson, committed suicide after alleged rape and bullying.  Rahtaeh was bullied for more than one year after her alleged rape, with authorities confirming a photograph, allegedly showing her sexual assault, circulated via mobile phones and computers.

In another incident, Audrie Pott committed suicide 8 days after attackers involved with her sexual assault posted photos of the crime on line while she was unconscious.  All the attackers were arrested for sexual battery.

In still another senseless crime, a “text rage” led to the brutal beating and hospitalization of Josie Lou Ratley in Broward County, Florida.

Educators are empowered to inspire students, animate character, and transform the nation through America’s schools.

In another presentation titled “Principles of Visionary Leadership for Educators: Responding to the Crisis of Character,” the issues of on-line abuse are addressed.

These presentations are designed to transform the nation by reigniting character into the hearts of the entire educational community.

There is a social phenomenon known as the bystander effect that is memorializing tragic on-line incidents.

This phenomenon is a contradiction to moral courage, expressed through incidents where individuals are less likely to offer help to a victim when other people are present.

There is a toxic emotional contagion of apathy, indifference, and insensitivity with this phenomenon.

Yet, the acts of omission to take action against these cruelties, are in my opinion, a deficiency of character, moral decency, and cowardice.

In a March incident highlighting this cowardice, police in Chicago expressed outrage at five to six men sexually assaulting a 15-year-old and streaming it on Facebook live.

The streaming was viewed by dozens of people, but reprehensibly, no one called authorities.

In February, an Ohio woman was sentenced to nine months in prison for pleading guilty to obstructing justice.  She was involved with livestreaming a 29-year-old man raping a 17-year-old girl.

In still another incident, four young men in Chicago were charged for another Facebook live incident.  This involved the alleged torture and beating of a teen with mental health challenges.

America will only be on the path of an ethical renaissance when our moral compass, with character as its focal point, is reawakened.

As specified on the United States Department of Education website, “Character education is a learning process that enables students and adults in a school community to understand, care about and act on core ethical values such as respect, justice, civic virtue and citizenship, and responsibility for self and others. Upon such core values, we form the attitudes and actions that are the hallmark of safe, healthy and informed communities that serve as the foundation of our society.”

Hopefully, we will put this statement into action throughout America and understand the words of Cicero whose timeless words from over 2,000 years ago remain, “Within the character of the citizen lies the welfare of the nation.”