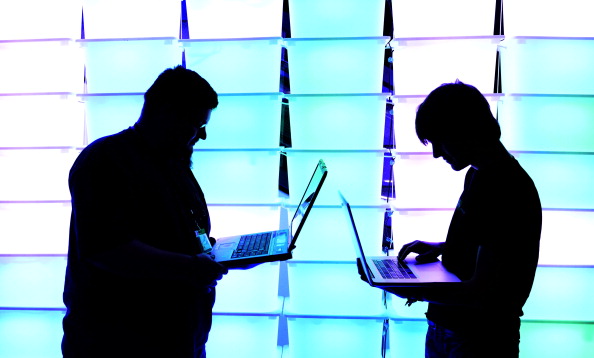 Mostly in their 30s, they created the technology that is taken for granted on computer and mobile device screens across the world. From the like button to the pulldown refresh, these tech whizzes are shutting themselves off from habit-forming technologies that they brought to the world.

According to the Guardian, Justin Rosenstein decided to end his participation in “bright dings of pseudo-pleasure.” That’s how he describes Facebook’s engagement technology. Rosenstein helped create Facebook’s ubiquitous like button. He now restricts his cellphone fun with a parental control app set to prevent him from downloading new apps.

“It is very common,” Rosenstein explains, “for humans to develop things with the best of intentions and for them to have unintended, negative consequences.”

Rosenstein also created Gchat. He is part of a growing movement of tech industry insiders that are examining the lasting effects of the digital creations they helped bring to the public. They are looking at the immediate effects to their own quality of life, as well as to those of the public at large.

Rosenstein is now head of Asana, a company that runs a popular workflow and office productivity app. He and Silicon Valley defectors like him are against the inescapable distractions caused by tech companies with products that constantly vie for people’s attention.

“Everyone is distracted,” said Rosenstein. “All of the time.”

Leah Pearlman, a former colleague of Rosenstein and part of the team that worked on the project to build Facebook’s like button, also regrets the creation and all the time Facebook engagement draws. She now uses a plugin to eliminate the news feed in her Facebook usage and hired a social media manager so she could spend more time away from social media.

She explained her feelings on using Facebook and the psychological dilemma it creates.

“I check and I feel bad,” said Pearlman via The Ringer. “Whether there’s a notification or not, it doesn’t really feel that good. Whatever we’re hoping to see, it never quite meets that bar.”

Nir Eyal is the author of hit book “Hooked: How to Build Habit-Forming Products.” He also holds conferences to teach attendees how to make their products appealing to the public’s tendency toward addictive behavior. Despite being at the vanguard, even he is shutting off technology.

In his book he describes how the addictive mechanism works.

“The technologies we use have turned into compulsions, if not full-fledged addictions,” writes Eyal. “It’s the impulse to check a message notification. It’s the pull to visit YouTube, Facebook, or Twitter for just a few minutes, only to find yourself still tapping and scrolling an hour later.”

Eyal said that all of this is “just as their designers intended.”

But he also has started to address how all of this can be harmful, even immoral. He now urges his audience to curb the manipulative nature of the technology. Eyal keeps himself and his family shielded from such technology.

But Tristan Harris, a 33-year-old former Google employee puts the situation in rather direct language.

“All of us are jacked into this system,” he said. “All of our minds can be hijacked. Our choices are not as free as we think they are.”

Harris, an outspoken critic of the habit-forming technology, said the current environment is the result of tech companies chasing advertising dollars and not realizing the overall damage they are doing to society.

“I don’t know a more urgent problem than this,” said Harris. “It’s changing our democracy, and it’s changing our ability to have the conversations and relationships that we want with each other.”