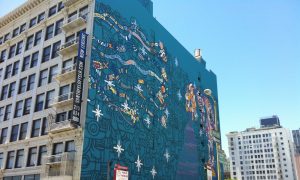 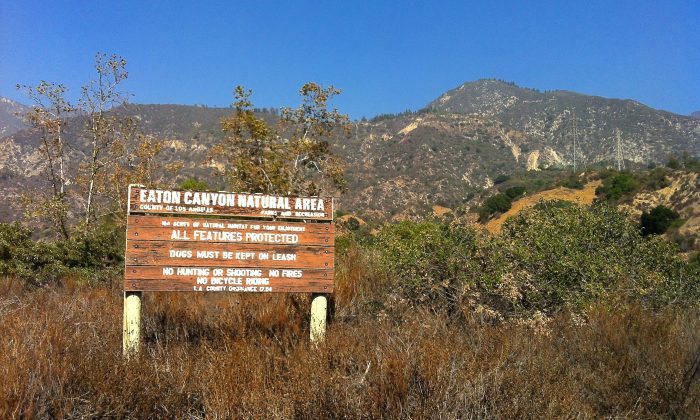 A sign at the entrance of Eaton Canyon Park on Oct. 13 in Pasadena, Calif. (Sarah Le/Epoch Times)
US

Social Media May Encourage Dangerous Activities in Parks and Forests

LOS ANGELES—Social media and technology may have spurred an increase in dangerous activities in public parks and forests, some officials believe.

“People were climbing and then maybe taking a 15-foot jump, and then that gets posted [to social media], and somebody says, ‘Hey, I can do better than that,’ and brings their friends and does a 50-foot jump, then a 100-foot jump, or whatever it takes to outdo the previous postings,” said Sap, the Angeles District superintendent for the state’s parks.

A Youtube search for Malibu cliff jumping turns up thousands of results.

One video uploaded to Youtube in 2012 shows a group of young people taking the dangerous trek across the Rindge Dam and down a narrow metal ladder on the side of the dam. After the precarious climb they start cliff jumping, both from the rocks and from a swing attached to a metal pole.

Sap says many people have hit rocks there and broken their ankles.

Another popular spot is the Eaton Canyon Upper Falls near Pasadena, a place where people can water slide down the falls into a narrow waterhole below.

Since 2009, five people have died and hundreds have required rescue at Eaton Canyon, according to the U.S. Forest Service.

Recordings of people doing dangerous stunts, taking photos with dangerous wildlife, hiking off designated trails and or showing off their graffiti may encourage others to do the same.

While there is no clear correlation between the number of rescue missions and the rise in social media, many believe there is a connection.

L.A. County may have set a record for the number of rescue missions this year, according to the Sheriff’s Department Search and Rescue Team. Rescue missions are up 10 percent from last year, on track to reach about 550 total. Last year there were 497.

“We attribute the increase to social media making more people aware of some of these remote areas,” said L.A. County Sheriff’s Reserve Chief for Search and Rescue, Michael Leum, in an email.

To avoid needing emergency rescue, officials say people should stay on designated trails, both for their own safety and for the health of the parks.

“Going off-trail, individuals can come into contact with ticks, and there’s also poison oak, and it really is disruptive for the animal life,” said Sap.

Also, due to the drought, plant life in California is smaller and more spread out, making it easier for people to go off-trail, especially if they are not familiar with the original trails.

As more and more hikers follow a newly made path, more damage is caused to the natural landscape and more erosion occurs when it rains. Hikers are also more likely to get lost.

This article was updated