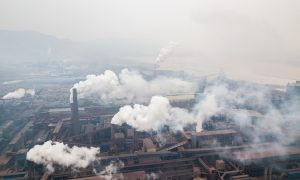 Can the Social Media Community Defend Itself?

Canada has a remarkably vibrant social media community. According to media expert Michael Geist, we have the second highest per capita usage of Facebook in the world. Our cities are also stacked with revered social media innovators and highly regarded media and technology commentators. Many of these organizations and personalities reach thousands or more with the stroke of a key.

What is social media?
Social media is a term used to describe web-based tools, spaces and practices people use to interact and share information online. For example, social networks like Facebook, Twitter, and Myspace provide online tools that can be used for practices such as sharing media and engaging in online conversations.  They also provide  users with online personal space that form a repository of shared media and social interactions.

Social media is participatory and in a much deeper way than most traditional (offline) media. With traditional media like television, audience members mostly participate passively by consuming what is produced by others.

In stark contrast, online social media represent something of a return to a pre-print oral culture — more of an ongoing dialogue than a form of production and consumption — in the form of commentary, anecdotes, and shared stories in various forms. Through social media the means of communication, the means of producing social meaning, narratives, and values have been returned to what noted technology writer Dan Gilmore calls "the people formally known as the audience."

The threat
Animated by networked conversations and shared media, the amalgamation of social media produces a living, breathing, interlinked media ecosystem. The question that comes to mind is, will this ecosystem defend itself when its very source of subsistence, the open internet, is threatened?

This is not some abstract, hypothetical question. In the coming days Canada's federal communications regulator, the Canadian Radio-television Telecommunication Commission, will issue a landmark ruling that has huge implications for the Internet in Canada. The CRTC decision will help determine whether Bell and other big telecoms can continue to “throttle,” and thus increasingly control internet traffic. This is certainly not going to be the final battle over Canada's internet, but it is a key battle.

Bell and other major Internet Service Providers (ISPs) are already throttling online peer-to-peer (P2P) applications. In essence, this means we the users of the internet already do not have access to all the internet has to offer. If you're trying to watch a CBC show online and it takes a day to download because you're using a P2P application, as audience members reported last February, the limitations are quite real.

With the launch of Bell's unthrottled video store that competes with independent content using P2P applications, we already have a de facto tiered internet in many markets — work with Bell and you can get on the fast unthrottled lane; use independent peer-to-peer applications and get a slow lane with unreliable service. Perhaps more frightening, internet throttling is not only limiting media choice, it is also deterring innovation.

If you were an online innovator who wanted to utilize P2P services, why would you start your service in Canada where it is uncertain whether you and the users of your services will have open access to the applications you need? Will the next NowPublic, TheREALnews, or Biro Creative be scared away by the impending ISP gatekeepers?

If this throttling persists we can expect some innovators to move their activities south of the border. After all, the US Federal Communication Commission is set to uphold "net neutrality" rules, and thus the open internet, by punishing Comcast for throttling service. In addition, president elect Barack Obama has put forward a plan that supports the open Internet, and the newly elected congress is poised to make net neutrality law.

A functioning Internet Immune System?
Popular Canadian blogger Cory Doctorow suggests that the internet has developed an immune system that attacks what threatens it. We saw this with the the remarkable movement for fair copyright legislation in Canada – the result of an uprising of concerned Internet users. The 1.5 million American citizens who lobbied politicians in 2007, demanding an open internet, is further testimony to Doctorow's assertion.

But there are a number of factors that differ between the U.S. and Canada. One factor is that the U.S. has powerful and well-funded media reform organizations, led by FreePress, which launched the SaveTheInternet.com coalition. Our own Campaign for Democratic Media is a very far cry from FreePress even if we factor in the relative population size. Secondly, the U.S. battle hit just as blogs were becoming a major political force, and as YouTube was gaining a critical mass.

In Canada, while the clout of media reform organizations is only beginning to grow, social media began to show their relevance in the recent federal election with groups like AnyoneButHarper, and Vote for The Environment.

And in the recent Vancouver civic elections, social media was certainly a major force. Vancouverites using Facebook would have been hard pressed to avoid the onslaught of election-related Facebook groups and events, blogs, tweets, and a myriad of spontaneous online conversations.

So the question remains: if social media have breached the political power threshold, as it appears, will its immune system be triggered by the current threat posed by internet throttling? Will the social media community mobilize to save Canada's Internet?

The Conservative federal government is NOT inclined to support an open internet. To keep a level playing field on the Internet we will need a robust citizens movement to put pressure on politicians and policy makers and shape policy that protects equal access. The social web community can provide the foundation for this burgeoning movement and perhaps even serve as a catalyst. Consider this a call to action.

Steve Anderson is co-founder of the SaveOurNet.ca Coalition and National Coordinator of Campaign for Democratic Media