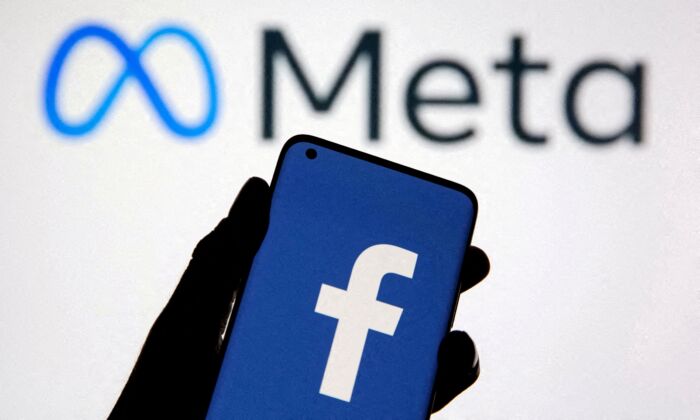 A smartphone with Facebook's logo is seen with new rebrand logo Meta in this illustration taken on Oct. 28, 2021. (Dado Ruvic/Reuters)
Viewpoints

Social Media Censorship of Speech May Head to Supreme Court

And that's a good thing

A New Orleans federal appellate court for the 5th Circuit has reversed and remanded a lower court decision that held that a Texas law, House Bill 20, was unconstitutional.

The law bans social media platforms such as Facebook and Twitter from censoring speech based on the user’s viewpoint, the viewpoint of another user, or the user’s geographic location in Texas (i.e., users in Austin, which is more liberal, have no better or worse standing than users in the more conservative Texas Panhandle).

While the law doesn’t provide for monetary damages, except attorneys’ fees, users who prove they have been censored are entitled to declaratory relief and injunctive relief. And social media platforms that fail to promptly comply with a court order to lift bans on users’ speech can be held in contempt and subject to significant, but unspecified, daily penalties. The law only says the penalties must be “sufficient to secure immediate compliance” with the law.

Circuit Judge Andrew S. Oldham, a Trump appointee, delivered a stinging rebuke to the NetChoice platforms’ challenge to the Texas law, writing that “the platforms argue that buried somewhere in the person’s enumerated right to free speech lies a corporation’s unenumerated right to muzzle speech.”

“The implications of the platforms’ argument are staggering,” he continues. “On the platforms’ view, email providers, mobile phone companies, and banks could cancel the accounts of anyone who sends an email, makes a phone call, or spends money in support of a disfavored political party, candidate, or business.

“What’s worse, the platforms argue that a business can acquire a dominant market position by holding itself out as open to everyone—as Twitter did in championing itself as ‘the free speech wing of the free speech party.’ … Then, having cemented itself as the monopolist of ‘the modern public square’ … Twitter unapologetically argues that it could turn around and ban all pro-LGBT speech for no other reason than its employees want to pick on members of that community.”

The 5th Circuit court’s finding is contrary to that made by the 11th Circuit, sitting in Atlanta. That court had struck down a similar law from Florida, SB 7072.

The Atlanta court’s ruling in May held that “it is substantially likely that social-media companies—even the biggest ones—are ‘private actors’ whose rights the First Amendment protects … that their so-called ‘content-moderation’ decisions constitute protected exercises of editorial judgment, and that the provisions of the new Florida law that restrict large platforms’ ability to engage in content moderation unconstitutionally burden that prerogative.”

The Florida law differs in a number of respects, with SB 7072 prohibiting censorship of only some speakers (i.e., political candidates), while HB 20, the Texas law, prohibits some censorship of all speakers. Texas’s law permits non-viewpoint-based censorship and censorship of certain constitutionally unprotected expression regardless of who the speaker is, and applies to all speakers equally, instead of singling out political candidates and journalists for favored treatment. Florida’s SB 7072 also imposes fines rather than the injunctive relief of the Texas law.

The New Orleans court’s ruling on Sept. 16 said that it disagreed with the Atlanta court’s May decision in three key respects: First, New Orleans didn’t agree with Atlanta’s view that “editorial discretion” is protected free speech and that even if it is, the New Orleans court said censoring users on the basis of content didn’t amount to “editorial discretion.” It also disagreed with a technical “common carrier” assertion that NetChoice had made.

The contrasting decisions from two different circuits could very easily set up a Supreme Court challenge by one or all of the plaintiffs and defendants to clarify the law.

Coming into the beginning stage of the 2024 presidential race, a Supreme Court decision favoring the two state laws in the lead-up could have a tremendous effect on campaign strategies, elections, and outcomes. Imagine, for example, if the Hunter Biden hard drive hadn’t been censored as “Russian disinformation” by social media platforms. Polling shows that Joe Biden would likely not have been elected if the news of his son’s hard drive hadn’t been suppressed. Even former Attorney General Bill Barr, who has proven himself an adversary of former President Donald Trump, conceded that the suppression likely affected the outcome of the 2020 election.

Whatever the future litigation, and whatever its outcome, there will almost certainly be considerable concerns in the boardrooms of both the companies and the industries. If Republicans take control of the House, as is currently expected, the contrasting decisions will likely rekindle debate about the Communications Decency Act’s Section 230, which holds social media platforms harmless if they act “in good faith to restrict access to or availability of material that the provider … considers to be … objectionable.”

Either the court cases before the Supreme Court or a legislative repeal of Section 230 will have profound implications on the business models of the platforms that make up the NetChoice industry group and require that censorship be made on a more objective and bipartisan standard.