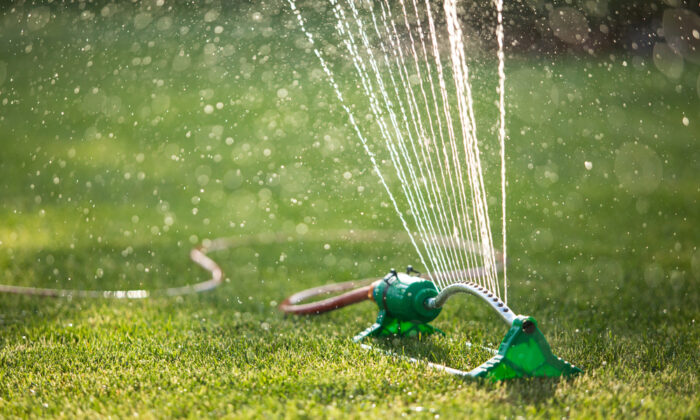 Watering is required to keep a lawn healthy and free from risk of serious pest or disease problems. (PEPPERSMINT/Shutterstock)
Southern California

Metropolitan Water District (MWD) of Southern California officials said the restriction will apply to its member agencies that are heavily dependent on supplies from the State Water Project, but MWD called on all Southern California residents and businesses to slash water use by 30 percent to combat drought conditions “unlike anything we’ve experienced before.”

According to the MWD, the once-a-week watering restriction will impact about 6 million people in Los Angeles, Ventura and San Bernardino counties. The district’s board approved the measure Tuesday, but it is scheduled to take effect June 1.

Officials are expected to provide more details on the policy during a news conference Wednesday morning.

MWD member water agencies that fail to enforce the requirement among its customers will face fines of up to $2,000 per acre-foot of water supplied by MWD that exceeds monthly allocation limits.

The state has already severely restricted supplies from the State Water Project, cutting deliveries to 5% of requested allocations.

Although the MWD’s definition of State Water Project-dependent areas is still in flux, a map provided by the agency indicates the watering restrictions will affect parts of the San Gabriel and San Fernando valleys, and western reaches of the county including Woodland Hills, Canoga Park and Calabasas.

MWD offers a rebate of $2 per square foot for people who replace their grass with water-efficient landscaping. Rebates are also available from other local water agencies.

The rebate program has helped remove 200 million square feet of grass, which has saved enough water to provide about 62,000 homes with water each year, officials said.