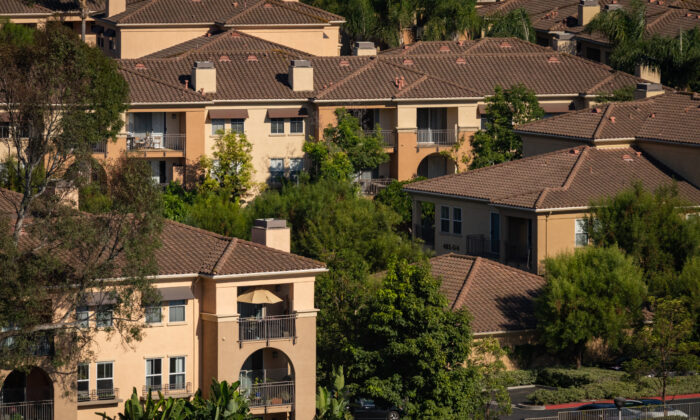 Home sales in California continued to fall in June and reached their lowest level since 2008 amid hiking interest rates, according to data released by the California Association of Realtors (CAR) on July 18.

Southern California home sales went down by over 27 percent in the last year, with all six counties dropping more than 20 percent, reported CAR.

The market in Los Angeles County was slightly more robust as home sales dropped by only 20.6 percent. Prices went up by 8 percent as the median increased from $796,120 to $860,230.

In terms of month-to-month change, Riverside County saw the largest decrease in overall sales in June. Riverside home sales dropped by nearly 11 percent from May to June, landing on a median price of $645,000.

San Bernardino County saw the most growth in home sales in June with a nearly 7 percent increase from May. The median price stayed unchanged at $490,000, the lowest in Southern California.

Rene Jimenez, a Southern California broker with 17 years of experience in the field, said affordability has been a significant factor driving people toward the Inland Empire, which includes San Bernardino and Riverside counties.

“[The] Inland Empire is probably one of the fastest-growing areas in Southern California,” he said. “As prices go up, people tend to go from the west to the east. People out of L.A. County and Orange County usually start driving eastwards to find more affordable housing.”

Some experts suggest potential buyers consider taking advantage of the opportunity to purchase a home during the housing market slowdown.

“With interest rates moving sideways in recent weeks and fewer homes now selling above listing price, prospective buyers have the rare opportunity to see more listings coming onto the market and face less competition that could force them to engage in a bidding war,” CAR president Otto Catrina said in a statement.

Meanwhile, William Yu, an economist at UCLA, said home prices may not fall as much as during the Great Recession because there is an “imbalance between supply and demand” in the housing market.

“If interest rates continue to rise and the economy goes into recession, the housing market may be affected. I think the housing price will fall, but not by much,” he said.

Jennifer Zhang contributed to this report.