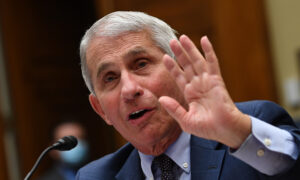 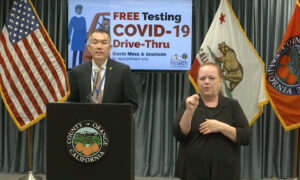 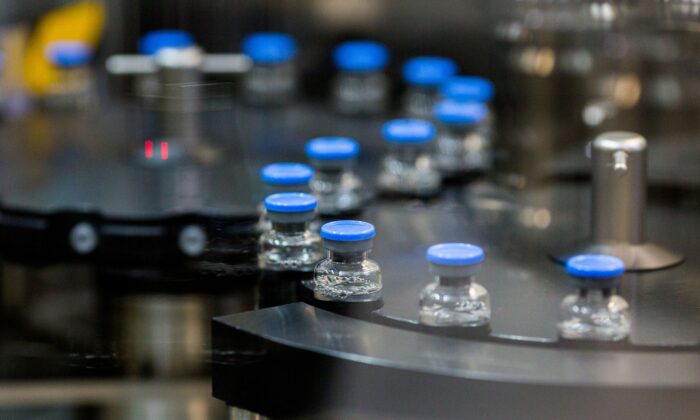 IRVINE, Calif.—Doctors in Southern California say they are experimenting with different treatment combinations as they seek to find the best way to help patients with COVID-19.

The doctors told The Epoch Times that they have adjusted their methods as the pandemic has progressed. Certain drugs—some of them experimental—have proven effective, they say, especially when combined with pulmonary exercises.

As the doctors continue their individual searches for effective treatments, broader efforts to test vaccines continue.

‘Just as Good, if Not Better’

Dr. Gregg DeNicola of Caduceus Medical Group in Laguna Beach told The Epoch Times that he discovered a vigorous pulmonary treatment early in the pandemic that helped more than 800 of his patients—and that he’s encouraged by what he’s seen recently of the antiviral medication remdesivir.

None of the patients under his care have died, and only 10 have been hospitalized, he said.

“The theory is you want to prevent secondary bacterial infections that can be devastating, when paired with COVID,” DeNicola told The Epoch Times.

At first, he “put everybody on Zinc and Z-Pak,” including the antibiotic azithromycin, but was “not impressed” by its effectiveness. So his team began treating patients with doxycycline, an antibiotic that can be taken to prevent malaria.

DeNicola said he originally prescribed hydroxychloroquine—an immunosuppressive drug often used to treat lupus and malaria—to severely ill patients during the first two months of the pandemic. But he noticed in recent weeks that the drug was starting to lose its touch.

“There’s other things we’re finding that are just as good, if not better,” he said. “At first, we were giving it to almost half of our patients. Now, it’s more like 10 percent.”

The Department of Health and Human Services announced in June that it had secured 500,000 vials of the drug from the manufacturer, Gilead Sciences, for use in U.S. hospitals through September. Reuters reported the federal government would be shipping more vials of the drug to states with high case counts, such as California.

Infectious disease specialist Dr. Otto Yang of the David Geffen School of Medicine at UCLA in Westwood said there should never have been any controversy over the use of hydroxychloroquine—because it doesn’t work against COVID.

In June, the National Institutes of Health (NIH) adjourned clinical trials of the drug, citing no beneficial results. Yang’s lab was one of the sites used for the trials.

“Many of us, including me, even months ago, even before that trial started, already knew that hydroxychloroquine wasn’t going to work, because there was already lots of evidence from smaller trials,” Yang told The Epoch Times.

But Yang says now, “there’s reason for optimism” because certain other treatments are working.

“A few months ago, we had nothing that we knew worked. Now, we know that remdesivir works, and we know that dexamethasone and steroids work,” he said.

‘More Important Than the Medications’

DeNicola agreed that dexamethasone has had some positive effect on his patients, but said that “pulmonary hygiene protocols” are what have kept his patients afloat.

The doctor described the protocols as a routine his patients are directed to do every day, using postural drainage and percussion techniques. The methods include turning to one’s side, coughing, and deep breathing.

“We’re very aggressive on that, and we find that it’s probably more important than the medications,” DeNicola said.

He said treating every case differently—whether mild, moderate, or severe—has prevented deaths, too.

Some patients switched to his practice after they had already seen other doctors, DeNicola said. The patients told him the others were treating them like they had the common cold, even though their oxygen levels were dropping significantly.

He said modifying the treatment depending on the severity of the illness, and being aggressive with both pulmonary hygiene and medication, explains why “we’ve had zero deaths, and that’s remarkable.”

The doctor also noted that the disease’s symptoms are changing, from what he has seen.

Eighty percent of cases previously had fevers, he said, but now more than half of the patients come in with no fever at all.

His team is also seeing fewer coughs—but increasing in prevalence are headaches, nausea, and vomiting. One of the most prominent symptoms is diarrhea.

“Now, when a patient calls and says they have a low-grade fever and diarrhea, we immediately think of COVID. We didn’t do that in March,” he said.

DeNicola said that “the No. 1 symptom still is fatigue,” which 80 percent to 90 percent of his patients report. But the symptom is “also a good prognostic sign” for their recovery.

Yang told The Epoch Times that he’s testing experimental drugs at UCLA, hoping to find the best one. He contributed to a recent study in the New England Journal of Medicine on the decay of COVID-19 antibodies in patients with mild symptoms, and, in the past, did full-time research on the immune system and HIV.

He said one treatment that shows promise is leronlimab, an artificial antibody drug being studied as a potential cure for COVID-19, breast cancer, and HIV—though studies have shown mixed results.

Orange County resident Samantha Mottet, 55, attributed her remarkable recovery from COVID-19 to the drug when Yang asked her husband to sign off on using leronlimab as an experimental treatment.

When the drug was administered on April 1, she was on a ventilator and gravely ill, Mottet told Spectrum News. Within 24 hours of taking the drug, she needed less oxygen, she said. By April 5, doctors removed the ventilator and she was preparing to go home.

“As far as how effective it’s been, it’s very hard to say, because we don’t have anything to compare it to,” Yang said.

“We give it to the patients, and we don’t know how they would have done if they hadn’t gotten the drug.”

Yang said his experiences with administering the drug are “completely just based on personal observation.” But based on those experiences, it seemed like quite a few patients got better quickly, he added.

Yang said he is currently working on eight other experimental treatments. Most of the patients who receive them are severely ill with underlying conditions.

Vaccine trials are also underway at UCLA. One trial, by the company Moderna, is targeting 30,000 test patients.

Yang said the university is looking to diversify its testing population, specifically to include people of color over the age of 65, but finding willing participants can be difficult.

“I think most people that are considering clinical trials are considering it because they’re hoping they’ll get a benefit out of it,” he said. But that’s not always the case, because some trials are “placebo-controlled,” so a number of people don’t want to participate.

“I think most people kind of think of a trial as a treatment, and it’s really not a treatment, it’s an experiment,” Yang said.

“I encourage people to participate in clinical trials whenever possible, and to understand that it’s really for the benefit of society overall.”