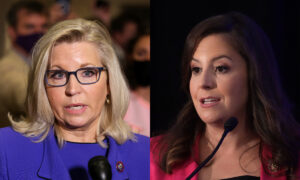 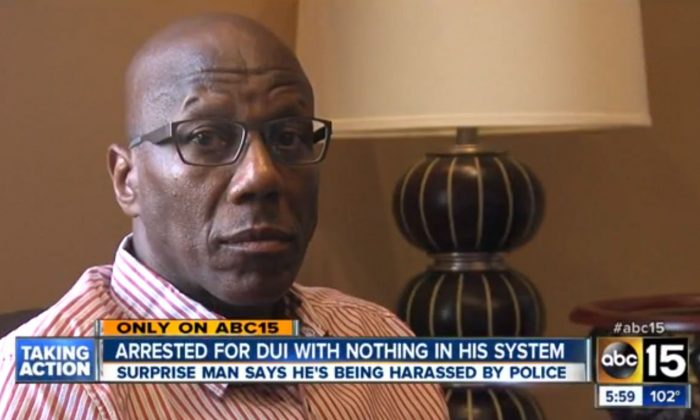 A screenshot of ABC-15 in Arizona shows Jessie Thornton.
US

A sober man was arrested for a DUI in Arizona even though he had 0.000 blood-alcohol content, it was reported.

Jessie Thornton, 64, of Surprise, Ariz., was pulled over by police said that the cops told him that he was drunk just by looking at him, reported ABC News 15.

“’An officer walked up and he said ‘I can tell you’re driving DUI by looking in your eyes.’ I take my glasses off and he says, ‘You’ve got bloodshot eyes,’” he told the station.

When other police arrived, Thornton blew a 0.000 but police said he should be evaluated for drug use.

“Yes, I do the breathalyzer and it comes back zero, zero, zero,” he added.

Thornton said that he was placed in handcuffs and was told to sit on the curb, but he told the station that he has hip and knee problems.

“I couldn’t even sit on the ground like that and they knew it and I was like laying on the ground, then they put me in the back of an SUV and when I asked the officer to move her seat up ’cause my hip hurt she told me to stop whining,” said Thornton.

He then said that “I then get this message that my license is being suspended and I have to take some sort of drinking class or something.”

Police then informed him that his car was impounded and a DUI charge was filed against him.

Thornton told the station that a late-night swim at LA Fitness might have the reason why he was arrested.

However, he believes the DUI arrest and the ten other times he has been stopped were motivated by racial profiling.

“It was driving while black,” he said, adding: “I just don’t want any of this to happen to somebody else,” he said.

Apparently, there have been problems in Arizona in the past with police arresting sober drivers on DUI charges.

In 2008, a 29-year-old Gilbert woman, Heather Squires, was arrested for drunk driving even though she blew a 0.000, reported the Phoenix New Times.

She was ordered out of the vehicle and was handcuffed. Her truck was searched and impounded.