Soaring Lumber Prices Driving Up Construction Costs May Have Peaked

Soaring Lumber Prices Driving Up Construction Costs May Have Peaked 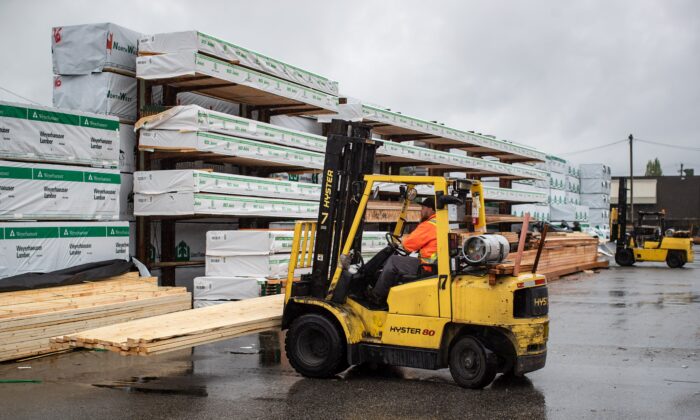 A worker uses a forklift to move lumber at Haney Builders’ Supplies in Maple Ridge, B.C., on June 12, 2020. (The Canadian Press/Darryl Dyck)
By Alex Binkley 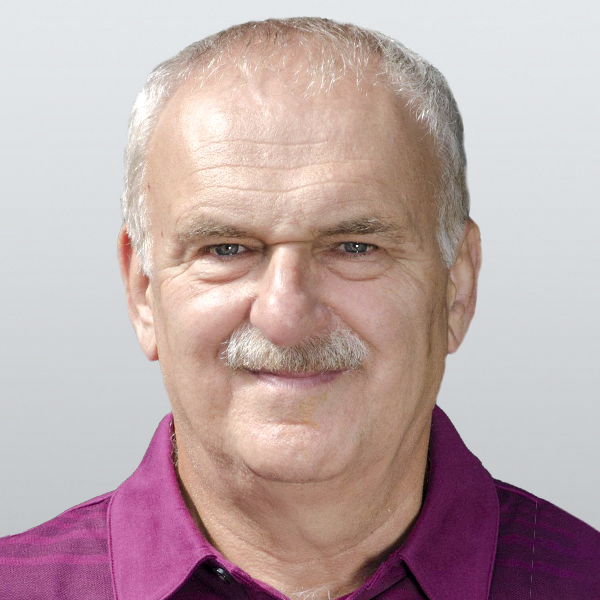 OTTAWA—While lumber prices nearly doubled earlier this year compared to what they were at the start of the pandemic, driving up the cost of new homes and renovations, the peak may have passed.

After reaching around $1,600 per thousand board feet, the standard industry measurement, lumber prices have dropped by about $400, says Joel Neuheimer, vice president of international trade with the Forest Products Association of Canada.

“We will be watching to see if this recent decline continues as we try to figure out what the new normal for lumber demand will be,” Neuheimer said in an interview.

Kevin Lee, CEO of the Canadian Home Builders’ Association, says 2020 was a very busy year in terms of new home construction and renovations, as pandemic restrictions meant people needed their residence “to function as an office, a school, and a gym.”

An expected seasonal slowdown in construction in the second half of 2020 that would have enabled busy sawmills to catch up with the demand for lumber never really happened, he said.

The pandemic has driven home the housing shortage in Canada, and it’s something the three levels of government need to collaborate on resolving, Lee added. “They need to encourage all types of housing in a grow-smartly campaign.”

Finance Minister Chrystia Freeland said in a statement on June 17 that “the recent and rapid rise in housing prices has made finding an affordable place to call home increasingly difficult.” She said that she has spoken with leaders at the provincial and municipal levels and that the government will study the recently released final report of the Canada-British Columbia Expert Panel on the Future of Housing Supply and Affordability.

“Lumber was one of the commodities that became scarce during the pandemic because so many people had to work from home, or they wanted a larger home for coping with kids at home,” Neuheimer said.

However, the causes of the lumber shortages are more complicated than that. At the start of 2020, the industry expected it was heading into some headwinds in terms of price and demand, but nothing like what happened, he said.

Forty percent of the softwood lumber sold in Canada comes from British Columbia, whose forests have been ravaged by fires and the pine beetle infestation, leading to reduced lumber output during the last couple of years.

Even with the high prices, the demand for lumber held up, sawmills worked to capacity, and the railways and trucking lines did a good job of delivering lumber across the country.

Sawmills have worked flat out trying to meet the demand and have also adopted new technology to make the cutting up of trees more efficient, as well as finding better uses for leftover wood waste.

Home builders are also wondering what life post-pandemic will be like, especially whether more people will work from home for at least part of the time and how that could affect home-building and renovating, Lee said. Meanwhile homebuyers and do-it-yourself renovators will have to accept that lumber and other supplies will be subject to delays for some time.

The housing situation in the United States is not unlike Canada’s, and the cost of lumber has been amplified by the long-running dispute over softwood lumber imports from Canada that appears to be heating up. The U.S. Department of Commerce has suggested new anti-dumping tariffs on Canadian softwood lumber imports that could double the current duties implemented. A final decision is expected to be reached later this year, but the dispute has already triggered a lot of high-level cross-border discussions.

The U.S. National Association of Home Builders has urged the Biden administration to negotiate a new trade deal with Canada to secure supplies and avoid additional duty hikes that would only exacerbate the rising costs of new homes and renovations driven in part by low interest rates.

In August 2020, the World Trade Organization ruled the United States had violated international trade rules in its calculation of tariffs on Canadian softwood lumber. In response, Washington dropped the duty to the current level of 8.99 percent from the high of 20.23 percent that it had been collecting.

Alex Binkley
Follow
Alex Binkley is a freelance journalist who covers developments in the Canadian Parliament and Government.