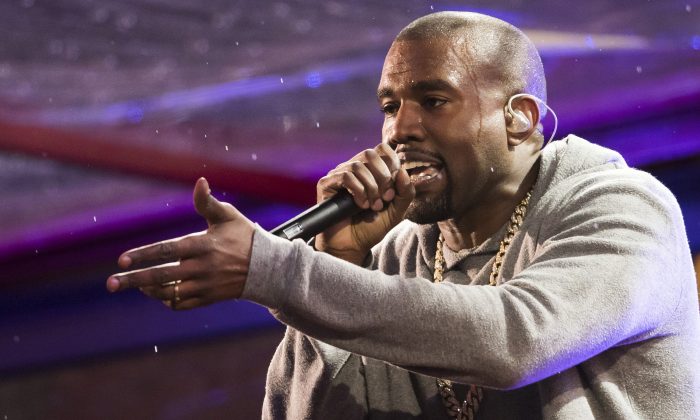 So Help Me God: Kanye West New Album Name Out

“So Help Me God” will be the name of Kanye West’s forthcoming album, he announced on Twitter.

West shared the title as well as the artwork on Saturday night.

So Help Me God pic.twitter.com/e3UUsQQEts

After a one-month media cycle, Kanye West has finally released the most pertinent detail surrounding his seventh solo album—it’s title. So Help Me God, will reportedly be the Roc-A-Fella/Def Jam Records superstar’s release name. Two weeks ago, West hinted that the album may release without a formal date, or warning at all.

Kanye also tweeted the artwork to the album, pictured above and below. As Stereogum observes, those symbols every 15 minutes on the album cover seem to be a 13th Century monastic symbol for the Virgin Mary. Very cool! We are now well in the midst of Yeezy season.

Other things happening in this new Yeezy season: A joint tour with Rihanna, some new shoes, a rumored collab with Taylor Swift, and an endless drive to be taken seriously in the fashion world. It’s a good time to be alive.

West also spoke about his work on the album in recent interviews.

He told Radio1: “[I’m] just working hard on it, and it’s fun, it’s fun to work hard and we’re being inventive and I’ve still got a lot of opinions and perspectives that are important and could be inspiring to people that fight. College Dropout, the album, came out of a fight to want to rap and this new album’s coming out of a fight to want to design … it’s a joyful noise unto the Lord. It is still the struggle, but the beauty from the struggle. The song ‘Amazing Grace,’ coming out of the worst pain possible and making the most beautiful song possible. I want to perform ‘Only One’ as many times as possible.”