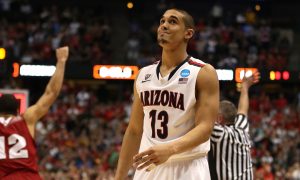 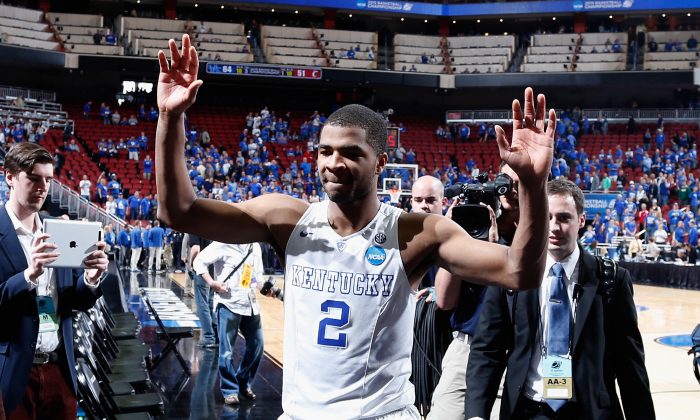 I’m notorious for changing my mind. When I made my Super Bowl pick just a couple months ago, I originally said New England would pull the upset. (I figured the Seahawks were too emotionally gassed after their improbable comeback over Green Bay.)

Then deflate-gate happened and I panicked—much like Seattle’s play-calling at the end. (Why they were more worried about two or three play-calls ahead in the final seconds is anyone’s guess.)

This year, I’ve been back-and-forth on Kentucky.

Not whether they’re the best team in the country—they are by a mile—but whether they’d run the table and go 40–0, when it’s been nearly 40 years since a team finished undefeated.

Right now they’re entering the toughest part of this historic run (no one’s ever been 36–0) and I don’t see any flinching on their end.

Saturday’s win over Cincinnati reinforced everything we loved about this team. The Wildcats are immensely talented, are well-coached by a guy who knows more than just Xs and Os (John Calipari is a master psychologist to boot), and plus they have the best and most aggressive defense—by another mile.

What makes their defense so great is that they have so many good shot-blockers in Willie Cauley-Stein, Karl-Anthony Towns, and Dakari Johnson—and I haven’t even mentioned their perimeter stars yet.

So with all that talent, what did I do? I picked KU to beat them (of course) in the Elite Eight. Here was my dumbfounded co-worker’s exchange Thursday with me after finding out I picked (with my heart) my beloved Jayhawks to pull the improbable upset:

Me: Yeah, I actually picked KU to beat Kentucky and make the Final Four.

Me: (suddenly regretting my pick) Umm, yes, yes, and yes.

Her: Didn’t KU get blown out by them earlier? By 32 or something?

Me: (scrambling to see if it’s too late to change my picks) Well, hopefully Iowa State comes through for me.

As you can see, my bracket is already in all kinds of trouble.

Anyone who picked Kentucky to go all the way though should be feeling good—which is most of the country.

And for good reason.

Not only do Calipari’s shot-blockers limit the opposition’s post players, they allow their guards to gamble all over the perimeter and take away open 3-point looks. After all, if they over-pursue and allow someone to drive into the lane, they have a pair of shot-blockers just waiting to pounce on them. It literally plays right into their hands. What are teams to do? Take 35-foot 3-pointers?

To make matters worse, Kentucky’s guards, like the Harrison twins, at 6 feet 6-inches tall, are already tall and are naturally a tough matchup on the perimeter for smaller guards—which is what almost every other team has.

It’s a dream scenario for Calipari. It’s like having Darrelle Revis and Richard Sherman as your corners and having an in-their-primes Reggie White and Bruce Smith as your defensive ends. The ball isn’t going anywhere. Just ask Cincy.

The poor Bearcats had 9 of their shots blocked while hitting just 20 of 63 field goal attempts overall—including just 2 for 14 from 3-point range as the Wildcats had them everywhere they looked.

So why did I, for an instant, pick against Kentucky? Pressure. No one is going to beat them, but perhaps they might beat themselves.

From my vantage point, not allowing them to cut down the nets at the SEC tournament sent the wrong message—never look six games ahead, especially in the pressure-filled NCAA tournament.

But the Wildcats have shown few nerves in their first two games.

They were close at the first media timeout against Hampton before leaving them in the dust soon after.

A round later, Cincinnati somehow managed to keep things relatively close in the second half, which would be a prime spot for a heavily favored team to show some nerves, yet the Wildcats had none. They stayed relentless on the defensive end and despite a slow offensive day (Kentucky shot just 37 percent) they ended up pulling away and winning by 13.

The single-elimination format can yield a cruel end for even the best of teams—quite contrary to the NBA’s dragged out, best-of-seven postseason format. All it takes is one off-game from the Wildcats to ruin nearly everyone’s bracket and end their dream season. But at this point, an awful lot of great players would have to have a bad game—and at the same time—for that to happen.