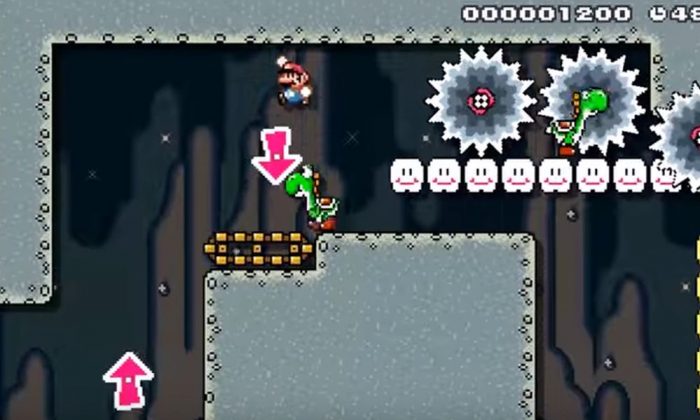 The creator of Super Mario Maker’s “Hardest Level Ever” has uploaded an easier stage. The “hardest” level was created by “PangeaPanga,” which includes insane jumps and dodges. Very few people have actually completed the stage.

But PangeaPanga has now uploaded an easier level called “Kill or Save the Animals,” which still looks quite hard for people who aren’t into this sort of thing.

One will have to sacrifice Yoshi a number of times to complete the stage.

The so-called hardest stage, “Bomb Voyage,” was cleared by Bananasaurus Rex in September 2015, tallying more than 1 million views on YouTube.

“Out of about 11k attempts globally, this is the first clear that anyone’s gotten, besides the uploader of course. I don’t post public videos too often anymore but I thought this was cool enough to have to share. Definitely the most insane level I’ve beaten so far,” he wrote.

Some joked that PangeaPanga has a sadistic streak in him.

“The person who made this is a brilliant psychopath,” said one user.

“Can we all agree that PangaeaPenga should have his level-making rights taken away??” added another.