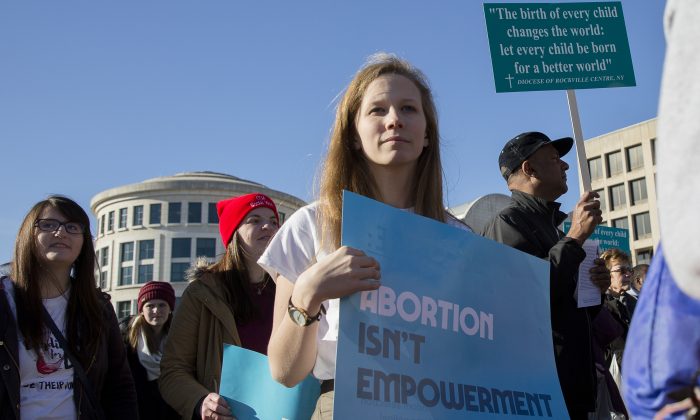 Many U.S. Democratic politicians present themselves to the world as Christians. But their Christianity is completely devoid of a biblical worldview. The most shocking statements come out of their mouths disguised as genuine concern for the suffering of the less fortunate.

Consider the “gospel” of pro-abortion Speaker of the House Nancy Pelosi. It contains her favorite scripture, which isn’t found in any known translation of the Holy Book. According to armchair theologian Pelosi: “The Bible tells us that to minister to the needs of God’s creation is an act of worship. To ignore those needs is to dishonor the God who made us.”

This, from someone who hasn’t been shy about dishonoring the God who made us in His image.

Offering her expert opinion about abortion, Pelosi has described herself as “an ardent, practicing Catholic” who considers herself knowledgeable about the issue because she has studied it.

Based on her studies of conception and when life actually begins, which apparently equals her biblical knowledge, she argues, “Doctors of the church have not been able to make that definition. … St. Augustine said at three months. We don’t know. The point is, is that it shouldn’t have an impact on the woman’s right to choose.”

There is no reason to question Pelosi. She strikes me as sincerely confused about her faith and its teachings. A fellow Catholic, New York Gov. Andrew Cuomo, recently signed one of the most liberal abortion laws in the world, a law that places us in the company of China and North Korea.

Other Christian abortion supporters who seem quite comfy cozied up under the Democratic Party’s all-inclusive umbrella include Virginia Gov. Ralph Northam and former President Barack Obama, the latter of whom, as a state senator, once fought against Illinois’ Infants Born Alive Act.

Northam, a Southern Baptist and pediatric neurologist, stunned many Americans by casually endorsing infanticide. When asked if he would support legislation that would permit abortion of a woman in labor, he said: “If a mother is in labor, I can tell you exactly what would happen. The infant would be delivered. The infant would be kept comfortable. The infant would be resuscitated if that’s what the mother and the family desired, and then, a discussion would ensue between the physicians and the mother.”

Speaking at a Johnstown, Pennsylvania, town hall in 2008, presidential candidate Obama said: “I’ve got two daughters, 9 years old and 6 years old. I am going to teach them first about values and morals. But if they make a mistake, I don’t want them punished with a baby.”

What Scripture Says About Life

The Bible says each unborn child possesses a unique identity and destiny. God told Jeremiah, “Before I formed you in the womb, I knew you, and before you were born, I consecrated you; I appointed you a prophet to the nations” (Jeremiah 1:5). King David writes in Psalm 139:13–16: “For you formed my inward parts; you knitted me together in my mother’s womb.” In the cases of Jesus and John the Baptist, an angel named each child before he was born, giving names later connected with the child’s world-changing mission (Luke 1:13; Matthew 1:21).

Exodus 20:3–17 lists the Ten Commandments that God gave to the Israelites. The Sixth Commandment states, “You shall not commit murder” (v. 13).

Throughout the Bible, starting with the death of Abel, God distinguishes between murder and other kinds of killing such as that in capital punishment, God-ordained war, and accidents. Murder—the deliberate taking of innocent life—is strongly condemned. The Bible speaks of innocent blood crying out from the ground, and of lands polluted by the shedding of innocent blood. In Genesis 4:10, we read “And the Lord said [to Cain], ‘What have you done? The voice of your brother’s blood is crying to me from the ground.’” Proverbs 6:17 tells us that God hates “haughty eyes, a lying tongue, and hands that shed innocent blood.”

In Leviticus 18:21, the Israelites are told, “You shall not give any of your children to offer them to Molech, and so profane the name of your God.” Likewise, we read in Psalm 106: 37–38: “They sacrificed their sons and their daughters to the demons; they poured out innocent blood, the blood of their sons and daughters, whom they sacrificed to the idols of Canaan, and the land was polluted with blood.”

These scriptures admonished the Israelites not to follow the detestable practices of the Canaanites and neighboring peoples who sacrificed their children to Baal and Molech.

If God exists and is unchanging, as the Bible states, how would he feel about a nation whose government legalized the spilling of the innocent blood of more than 61 million babies? Our national disregard for human life places us on par with the nations God brought into judgment, including his beloved Israel.

Dr. Carol M. Swain is a former tenured professor at Vanderbilt and Princeton universities. Her Be The People News blog and podcast empower individuals to think independently, understand their responsibility, and make a difference in the world.