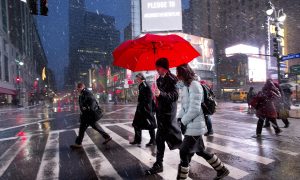 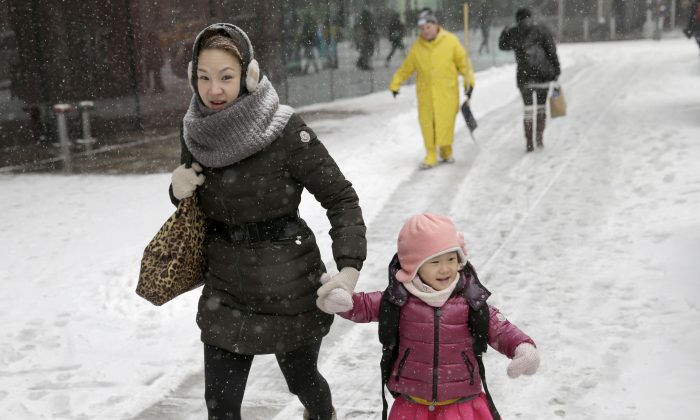 Pedestrians make their way through the snow in the Manhattan borough of New York on Tuesday, Jan. 21, 2014. New York's mayor Bill de Blasio announced that the city's schools will likely be closed on Tuesday amid reports of 2 to 3 feet of snow accumulation by late Tuesday, Jan. 27, 2015. (AP Photo/Seth Wenig)
Blizzard 2015

Snowstorm: NY Schools Likely to Close on Tuesday Because of Major Snowstorm

The National Weather Service is predicting 11 to 17 inches of snow by Monday night and an additional 10 to 14 inches overnight Tuesday. Wind gusts are expected to be as high as 49 mph on Tuesday.

Try with everything you have to not be in the middle of this storm.
— Mayor Bill de Blasio

Although snow accumulation of 2 to 4 inches is expected after 9 a.m. on Monday, schools will be open, but all after school activities or trips are canceled.

Road conditions are expected to be treacherous, said de Blasio, and all New Yorkers are encouraged to stay off the roads starting Monday and definitely by Tuesday.

“Try with everything you have to not be in the middle of this storm,” he advised.

The mayor said a final decision on Tuesday’s closing would be announced on Monday.