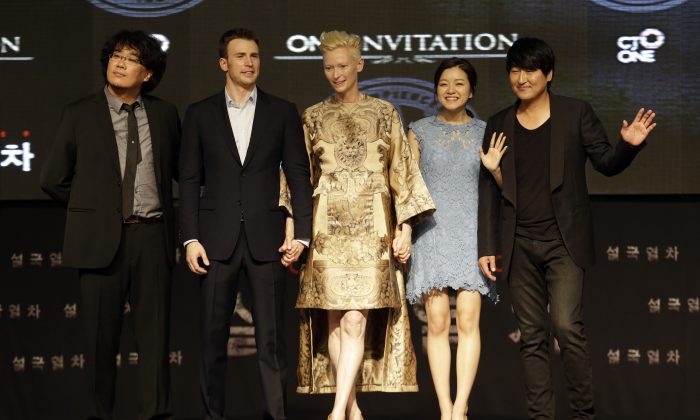 A new trailer for the sic-fi action film “Snowpiercer” was recently released.

The film, set in 2031, shows a post-apocalyptic era when a failed global-warming experiment killed off all life on the planet except a select few who were able to survive by boarding a train named the “Snowpiercer.”

The train, which has a perpetual-motion engine travels around the globe, can pierce through thick blocks of ice that have fallen onto its tracks. But a social class system evolves inside the train where the people in the front become the upper class while those in the back make up the lower class. Lead man Chris Evans, who is part of the lower class folk forms an uprising and a coup ensues.

Directed and written by South Korean filmmaker Joon-ho Bong, the film already premiered in South Korea in August of last year. The film is set to be released in the U.S. at the Los Angeles Film Festival on June 11, 2014. It will then have a limited release on June 27, 2014.

The film is based on a French sic-fi graphic novel “Le Transperceneige” created by Jacques Lob and Jean-Marc Rochette. The novel was first published in 1982. The English version of the novel was published in 2014 by Titan Comics.