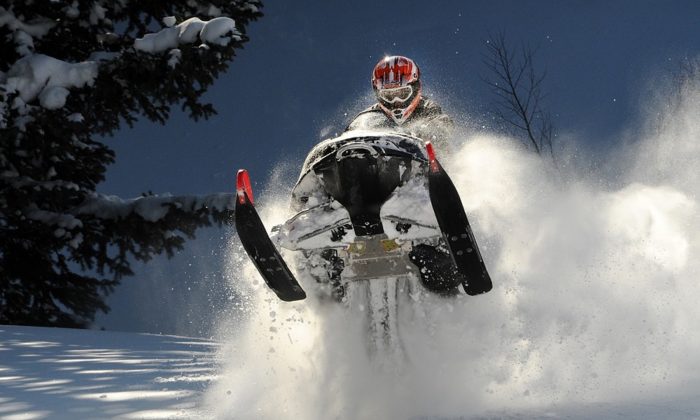 Avalanche killed a snowmobiler in Utah on Feb. 9 2019.(Skeeze/Pixabay)
US News

Snowmobiler in Utah Dies After Being Buried by an Avalanche

SALT LAKE CITY—Authorities say a central Utah man is dead after an avalanche buried him while he was snowmobiling about 45 miles (72 kilometers) northwest of Salt Lake City.

Summit County Sheriff’s officials say the slide triggered near Coalville on the afternoon of Feb. 9, and trapped the man in deep snow.

The Deseret News reports that two fellow riders were able to dig the victim out after about half an hour. They administered lifesaving efforts for more than 40 minutes until emergency personnel arrived.

A Utah Department of Public Safety helicopter rushed the 49-year-old man to a hospital, but he was declared dead.

His name was being withheld until family members are notified.

Another snowmobiler dies in Beaver

Searchers on Friday found the body of a snowmobiler missing in rural southern Utah following an avalanche Thursday.

The Beaver County Sheriff’s Office said the avalanche occurred in the eastern Beaver Mountains near the border with Piute and Sevier counties.

His man’s identity was not released.

Another member of a group of three snowmobilers also was caught by the avalanche and was injured but dug himself out.

The searchers consisted of teams from the three counties plus other local, state and federal agencies.

Authorities say a sheriff’s deputy rescued a driver after a car was buried in an avalanche on Teton Pass in northwest Wyoming.

The Jackson Hole News & Guide reports the car was caught in the slide Wednesday evening, and the pass was closed in both directions. No injuries were reported.

Stephanie Harsha, a spokeswoman for the Wyoming Department of Transportation, says the slide was likely triggered naturally. It was about 4 feet (1.2 meters) deep and about 30 feet (9.1 meters) wide.

Crews are preparing for avalanche mitigation on the pass, which will remain closed for the foreseeable future.

Heavy snow caused avalanches and landslides that killed 11 people and trapped another in the Himalayan region of Kashmir, officials said Friday.

They found the bodies of three of the policemen, the two firefighters, and the two prisoners, and three policemen were rescued alive, Pani said. He said the rescued men were hospitalized while efforts to find the missing policeman continued.

Pani said the policemen had taken shelter in the fire station because it had not been damaged by past avalanches in the mountainous area, where landslides are common.

Elsewhere, a man and his wife died in the southern Kokernag region when an avalanche hit their home Thursday evening, police said. Two other family members were rescued.

Dozens were evacuated from high-risk areas following heavy snows that disrupted power and communications as well as air traffic in the Indian-controlled portion of Kashmir, while cutting off the Kashmir Valley from India. Authorities issued a high-danger avalanche warning in many parts of the region.

Last month, 10 workers were killed when an avalanche hit a Himalayan mountain pass bordering China in the Jammu and Kashmir state of India. Rescuers took about a week to retrieve the bodies. Last year, 11 civilians died in an avalanche near the highly militarized Line of Control that marks the disputed territory between Indian and Pakistan.

Avalanches also have caused some of the heaviest tolls for the Indian and Pakistani armies camped near the de facto frontier dividing their territories.

In 2017, at least 20 Indian soldiers were killed in three avalanches, and in 2012, a massive avalanche in Pakistan-controlled Kashmir killed 140 people, including 129 Pakistani soldiers.