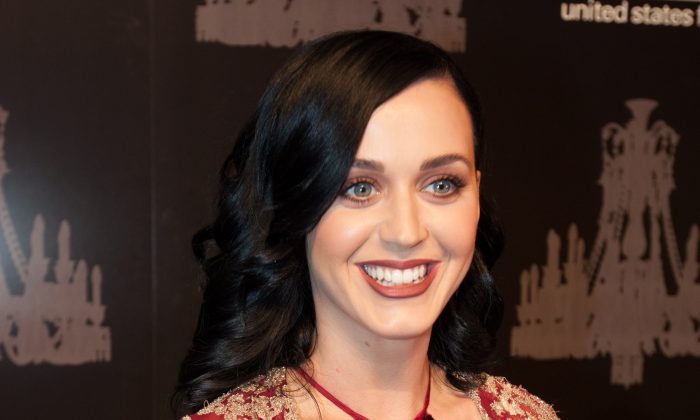 UNICEF started the Snowflake Ball in 2005 to raise money for its programs. It is held at the beginning of the holiday season to coincide with the lighting up of the giant crystal snowflake over Fifth Avenue.

Ingo Maurer designed the snowflake that was created nine years ago with 16,000 crystal prisms from the Baccarat Crystal manufacturer. It was then donated to UNICEF as a symbol of a campaign to prevent the deaths of 6.6 million children, who succumb to preventable diseases every year.

The ball itself raised more than $18 million over the years; another $2.8 million was added just from the Dec. 3 event. Part of the fundraising success is due to UNICEF’s ability to attract high-profile representatives as its goodwill ambassadors.

This time, singer-actress Katy Perry joined the ranks, appearing in a red velvet gown and in a contagious good mood.

Perry was also a guest at last year’s ball and right after asked UNICEF for a trip to Africa. She spent four days visiting UNICEF facilities in Madagascar in April 2013. “It changed my life,” she said about her experience. “It re-prioritized my way of thinking and popped the bubble that I lived in.”

Perry met hundreds of children on her trip. She learned about their difficulties in going to school or in even just getting a meal, according to UNICEF website.

“If I saw the same kids in America, what would be my instinct?” she asked herself. “I would do something. I would help. So, why would I change my mind just because they don’t live in America?”

Perry’s responsibility will be to engage young people to speak about their problems and find solutions. “She will focus her outreach especially on children and adolescents who are most vulnerable,” a UNICEF press release states.

“It makes me feel like life is worth living, being a part of this,” Perry said.