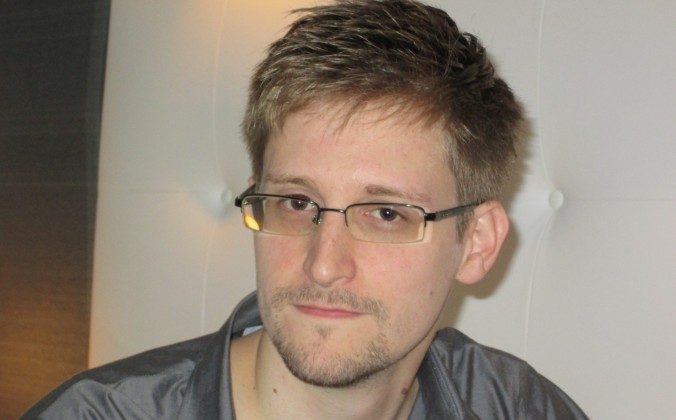 Edward Snowden, who worked as a contract employee at the U.S. National Security Agency, in Hong Kong on June 9. The information that Snowden has revealed about U.S. surveillance operations has been a propaganda gift to Beijing, because it altered the narrative about Chinese computer espionage operations, experts say. (AP Photo/The Guardian, File)
China

Edward Snowden’s disclosures on U.S. surveillance operations are increasingly being seen as most helpful to the communist regime in China which operates its own program of domestic and foreign surveillance.

The impact has been both practical and rhetorical, critics say, by exposing the manner in which U.S. intelligence agencies carry out their work, including their penetration of computer networks in China, Snowden has compromised American national security.

Snowden has also handed an enormous propaganda gift to the Chinese Communist Party, critics say, by shifting the focus from Beijing’s industrial cyberespionage to the United States own surveillance operations.

Snowden’s revelations hit the media just as President Obama was flying to California to meet Communist Party leader Xi Jinping. The top item on the meetings agenda was a frank discussion about the regime’s pilfering of American corporate secrets via computer network espionage.

Such technological theft is believed to be carried out systematically and on a mammoth scale by the Chinese military and other official organs, and has resulted in the “greatest transfer of wealth in history,” according to National Security Agency chief Gen. Keith B. Alexander.

Snowden case has had the effect of creating a “moral equivalence” between the Communist Party’s cyber-activities and those of the United States, according to John Bolton, a fellow at the American Enterprise Institute.

“Now, China can portray itself as a victim, besieged by America, and simply trying to defend itself,” he said. “By inaccurately elevating Beijing to moral equivalence with Washington, Snowden obscured this critical distinction, giving China political shelter,” he wrote.

The timing of Snowden’s leaks and the way in which they were made have had the effect of conflating the motivations and political underpinnings of the countries’ respective cyber-efforts, critics say.

Relate Discussion: Are we really in the era of Big Brother

However, the differences are dramatic. China is an authoritarian regime that surveils its own populace in order to limit freedom of expression, or steal corporate secrets from foreign countries; while the U.S. surveillance is carried out by an elected government, with multiple levels of oversight, for the purpose of identifying terrorists.

“The tragedy—and absurdity—of all this is that the United States is now being lumped in with China as an Orwellian state,” writes Peter Navarro, co-author of the book Death by China, and active critic of the Chinese Communist Party. “In truth, the primary goal of the Obama administration’s surveillance is to stop terrorist groups like al-Qaeda from killing Americans.”

President Obama sought to draw a distinction between the Chinese regime’s theft of intellectual property, and the “standard fare” of countries spying on one another for political secrets.

After he coming out of hiding for a brief media appearance, Edward Snowden sought to convince Hong Kong to refuse any extradition order made by the United States. He also showed the South China Morning Post documents that he said demonstrated that the National Security Agency (NSA) had compromised computers in Hong Kong, including the Chinese University of Hong Kong, officials, business concerns, and individual students.

Then, he went into hiding again, somewhere in Hong Kong.

Hong Kong, secret documents or not, has its own reasons for complicating any extradition request for Snowden. State media claimed, “The image of Hong Kong would be forever tarnished,” if they sent him back to the United States, reported the South China Morning Post, saying, “It would be a ‘betrayal’ of his trust and a ‘face-losing outcome’ for Beijing.”

Public opinion in Hong Kong was almost 50 percent in favor of not returning Snowden should the United States request extradition, according to a poll conducted by Taiwan’s China Post.

In the United States, Snowden came under heavy criticism from former Vice President Dick Cheney in a Fox News television interview. “I think he’s a traitor. I think he has committed crimes in effect by violating agreements given the position he had,” Cheney said.

“He was a contractor employee, but he obviously had been granted top secret clearance. And I think it’s one of the worst occasions in my memory of somebody with access to classified information doing enormous damage to the national security interests of the United States,” Cheney said.

New York Congressman Peter King (R) appeared on MSNBC on June 14, and raised the question of whether Snowden was spying for China. He said that Snowden had transferred money to China and studied the language, questioning Snowden’s choice to go there. He said that the issue of whether Snowden was acting as agent for China was being investigated, noting that the release of information coincided with the meeting between President Obama and Chinese president Xi Jinping.

Denying the charges from Washington that Snowden is a spy cooperating with Beijing, China’s Foreign Ministry spokeswoman Hua Chunying answered, “This is complete nonsense.”

Snowden similarly was unfazed by the denunciations from the United States, “Being called a traitor by Dick Cheney is the highest honor you can give an American,” he bragged.

In a live Q&A with Guardian readers from a secret location in Hong Kong on June 17, Snowden answered reader’s questions.

He denied having any contact with the Chinese, and denied giving them classified information, saying, “Just like with the Guardian and the Washington Post, I only work with journalists.”

When asked specifically if he had provided or would “provide classified U.S. information to the Chinese or other governments in exchange for asylum,” Snowden replied with hypothetical questions to the audience, rather than addressing the question directly.

Snowden did address questions regarding the role of internet giants Google and Facebook in the privacy breaches. He told readers, “Their denials went through several revisions as it became more and more clear they were misleading and included identical, specific language across companies.” He continued, saying that though they are “legally compelled to comply and maintain their silence in regard to specifics of the program,” this does not release them from their ethical obligation.