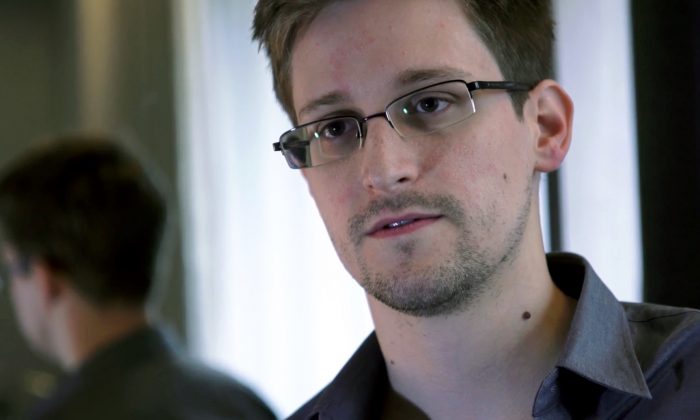 This photo provided by The Guardian Newspaper in London shows Edward Snowden, who worked as a contract employee at the National Security Agency, on Sunday, June 9, 2013, in Hong Kong. The Guardian identified Snowden as a source for its reports on intelligence programs after he asked the newspaper to do so on Sunday, which coincided with the end of the summit between Barack Obama and Xi Jinping. (AP Photo/The Guardian)
Hong Kong

NSA leaker Edward Snowden recently told the Guardian he acted because “I can’t in good conscience allow the U.S. government to destroy privacy, Internet freedom, and basic liberties for people around the world with this massive surveillance machine they’re secretly building.” He added, “I understand that I will be made to suffer for my actions.”

There are some Americans who are idealists and take criticizing capitalism as their mission in life. Most of these people are leftists or pro-left youths. I am on a leftist email list and read their views regularly. Snowden’s comments about the U.S. government destroying basic liberties and his distrust of the United States are run-of-the-mill attitudes in this circle.

Something else made me feel uneasy about Snowden. He said he chose Hong Kong to be the place where he leaked the information and gave interviews because of Hong Kong’s “spirited commitment to free speech and the right of political dissent.”

Snowden said he had a “predisposition to seek asylum in a country with shared values.” He also believes Hong Kong is one of very few places on the planet that can stand up against U.S. power.

Such well-prepared statements are suspicious.

First, Snowden claimed that he chose to hide in Hong Kong because of Hong Kong’s sound legal system. This is rather unconvincing. Since the hand-over to the People’s Republic of China in 1997, Hong Kong residents feel they have been losing the freedom they enjoyed during the U.K.’s reign. Fighting for freedom has become a part of the life of the Hong Kong people.

Only one reason can explain why Snowden chose to stay in Hong Kong: It is controlled by China. According to a June 11 Guardian report, Snowden checked out of his hotel to live in a “safe house.” Who provided the safe house is the key to the truth about the Snowden affair.

Second, Snowden clearly knew what would result from his actions, and yet publication of his identity as leaker and his charges against the United States went forward at the most sensitive time: the night right after the summit between President Obama and Chairman Xi ended (that is, the morning of June 9, Hong Kong time).

Just after Obama and Xi discussed hacker attacks from China, Snowden was in the news denouncing U.S. phone and Internet surveillance. The message: America’s democracy and human rights are hypocritical. The Obama administration was dragged into a mire of political arguments.

Many Chinese netizens have reached the conclusion that “all crows under the sun are black,” implying that all governments are equally bad. But since Internet discussions in China are under strict surveillance, a basic issue can hardly be discussed: The targets of surveillance are different for the two countries.

While the U.S. monitors out of the need to curb terrorism and maintain public security, the Chinese regime monitors to maintain its rule.

Third, Snowden’s claim that he wanted to seek asylum in Iceland is hard to swallow. With an American passport, if Snowden really wanted to fly to Iceland and seek asylum there, he could have arrived there no more than two days after he left Hawaii. In reality, he stayed in Hong Kong for almost 20 days and made no arrangement for a trip to Iceland.

He lingered in Hong Kong because he was waiting for the opportunity to reveal his identity as the leaker right after the Obama-Xi meeting. By doing so, he has made it extremely difficult to enter Iceland.

Snowden’s true motivation is yet to be revealed.

Why do American leftists enthusiastically embrace China? In a Web chat on June 17 organized by the Guardian, Snowden denies having had any contact with the Chinese government.

After reading multiple reports in the Guardian, I believe Snowden’s life-changing decision was driven by his political orientation. As Snowden told the Guardian, he does not trust the American political system (he voted a third party in the 2008 presidential election). At the same time, I would bet he cherishes ideological fantasies for a socialist China.

Western leftists have had a long history of embracing communist countries. Leftists such as John Reed (“Ten Days that Shook the World”), Edgar Snow (“Red Star Over China”), William Hinton (“Fanshen: A Documentary of Revolution in a Chinese Village”), and today’s Sidney Rittenberg share one thing in common. In embracing “socialist” countries, they are actually embracing their own illusions about communist ideology. They then ignore the real human rights abuses people in these countries have suffered.

Since the death of Mao Zedong, China has turned from the embrace of Western leftists to that of capitalists. When Western investors go to China to treasure hunt, their attitudes toward China are dictated by profit.

But they do not admit any love for the communist political system. Rather, they tactfully present themselves as attempting to steer China toward democracy through pushing China’s economic development.

Judging from my personal experiences with leftists, I believe the majority of them are extremely disappointed and agonized now. Their belief makes them abhor Western capitalism and agree with powers and countries that claim to adopt socialism, mainly China, as they do not believe North Korea is a socialist country.

But the reality is, in the post-economic-reform China, very few in the political and academic arenas have any interest in Western leftists.

Snowden, with his experience handling top-secret materials and his anti-U.S. attitude, could easily become the target of “headhunters” in a certain special profession. Since everyone has weaknesses, the headhunters can take advantage of someone’s beliefs, desire for money, emotions, hobbies, or even need for attention.

Between late 19th century and the first 40 years of the 20th century, the leftist surge flooded the world. Renowned French statesman Georges Clemenceau once commented on the youth of the time: “If a man is not a socialist in his youth, he has no heart. If he is not a conservative by the time he is 30, he has no head.” Interestingly, Snowden’s big decision happened to be made when he is 29.

He Qinglian is a prominent Chinese author and economist. Currently based in the United States, she authored “China’s Pitfalls,” which concerns corruption in China’s economic reform of the 1990s, and “The Fog of Censorship: Media Control in China,” which addresses the manipulation and restriction of the press. This article is an abridged version of a longer article first published on the VOA Chinese website.