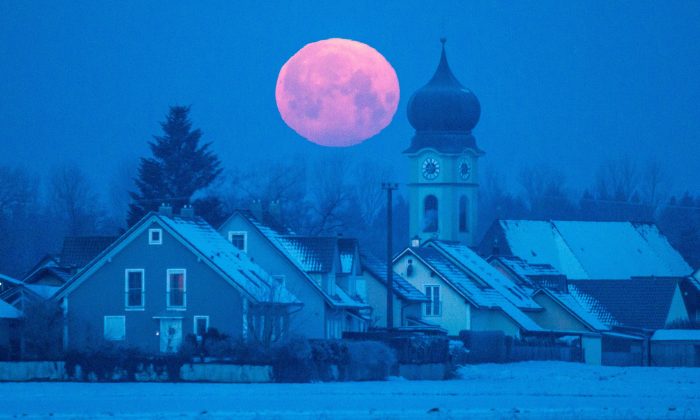 Snow Moon: Full Moon to Be Visible Across North America on Feb. 22

The next full moon is scheduled for Feb. 22, and should be visible across North America.

The moon appeared full as early as Feb. 20 in some places, but will be at its peak on Monday.

This particular full moon was known traditionally as the snow moon, “because usually the heaviest snows fall in February,” according to the Farmer’s Almanac.

“The Bone Moon meant that there was so little food that people gnawed on bones and ate bone marrow soup.”

The snow moon was scheduled to be visible as early as 1:20 p.m. ET on Monday and last into the next morning.