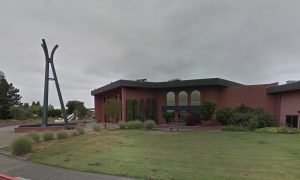 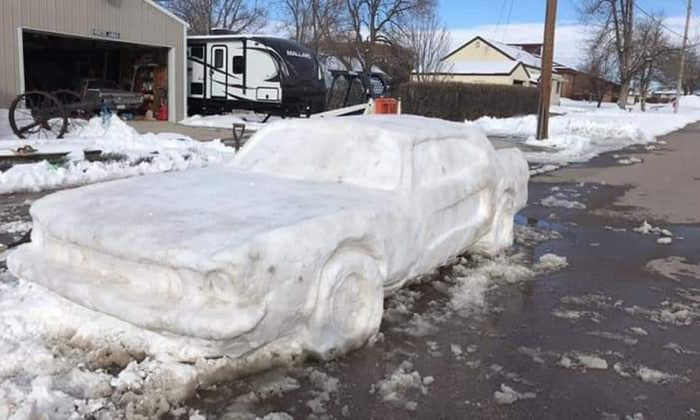 Snow Car Inspired by Ford Mustang Gets a Parking Ticket

A car crafted from snow looked so life-like that authorities actually left a parking ticket on the icy windshield.

A Chadron family in northwest Nebraska decided to spend their Saturday, March 9, afternoon sculpting a Ford Mustang out of a huge mound of snow they had collected by shoveling the snow from neighborhood driveways left over from a big snowstorm that hit the area.

It took five hours for concrete plant manager Jason Blundell, 43, and his two teenage children to clone a vintage 1967 Ford Mustang GTA they currently store in their garage.

Jason Blundell and his teenage children got creative over the weekend. It took them five hours, but they sculpted a pile of snow to look just like the 1967 Ford Mustang GTA they store in their garage. Then, a state trooper gave the car a ticket. https://t.co/B5Lkkpoxsr

“The start of that was to get my kids off their cellphones for a day,” Blundell told the Richmond Times-Dispatch. “We actually had somebody come by while we were building it and they thought we were burying somebody’s car.”

Daughter Shelby, 17, and son Spencer, 15, used a skid loader, concrete wood floats, shovels, ice scrapers, and a squirt bottle to create the sculpture, which has since been dubbed the #SnowPony on social media. Spencer even measured the real car in the garage to get the proportions just right.

After finishing their masterpiece they proudly posted a photo to Facebook, which quickly came to the attention of a Nebraska State Patrol.

Sgt. Mick Downing, who knows the family from church, investigated the new vehicle and decided to record of video of himself issuing a tow notice to the snow car before posting it to the patrol’s official social media pages, where it went viral.

Sgt. Downing came across an awesome find yesterday in Chadron.

“Normally, we don’t do much with (the sculptures). We just take a couple pictures of them for ourselves,” Spencer said. “It just happened that our state trooper buddy came up to do a joke, and it blew up.”

Downing was just as surprised the video went viral.

“Holy cow, this thing blew up,” Downing said on March 11. “One of my friends in Gretna said the BBC picked this up, (as did) some news organization in Australia.”

If it’s not, then what do you think it is?

The Blundells have previously created other large sculptures from snow, including several 7-foot-tall Easter bunnies from a spring blizzard, a giant toilet, and 6-foot-tall jack-o’-lantern painted in orange and with a lit a candle inside from the October snowstorm.

Downing said he never filed paperwork for the tow notice since it would never stand in a court of law.

Sgt. Downing came across an awesome find yesterday in Chadron. Now this is artwork!#SnowPony