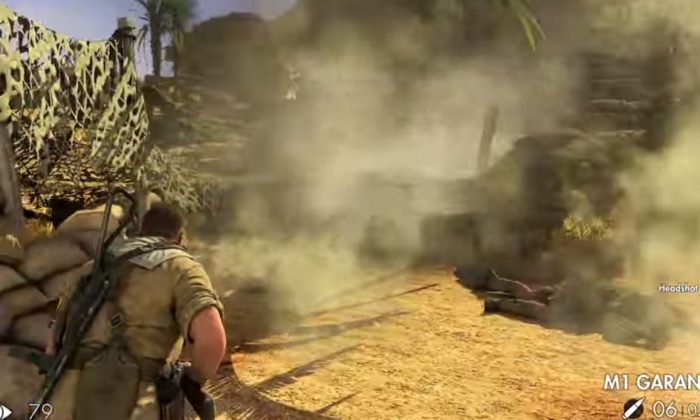 Sniper Elite III, which will be released June 27 and July 1, will have a 10GB day-one patch for the Xbox One, the developer of the game said this week.

Rebellion said the update will make a number of improvements to the game, which will be released for the PC, Xbox 360, Xbox One, PlayStation 3, and PlayStation 4.

The update will pare the install size down from 21GB to 19GB, Rebellion told EuroGamer.

Rebellion said the update will only be for the Xbox One, saying the patch has to do with how the Xbox One handles game updates.

“The main part of the update is to sync data between the game’s retail discs and the Xbox Live digital download edition of the game. In the several weeks between sending the code off to manufacture and release, rather than sit around or take a break, we’ve continued to work on the game, making improvements and optimizations,” the firm said in a statement to EuroGamer.

It added: “We’ve also begun work on multiplayer DLC and a small part of this update is to introduce a compatibility pack. This is standard for any game that adds DLC – it’s just to make sure everyone can have the same multiplayer experience whether they own DLC or not.”

The 10GB patch is likely one of the largest day-one patches ever.

Rebellion apologized for the patch, which will take a while to download.

“While we understand gamers will be frustrated at the wait, the good news is that the update will actually reduce the size of the game’s total install footprint on their hard drive, and reduce the size of future patches significantly,” the company said. “It’s part of this ongoing optimisation process that’s enabled Sniper Elite 3 to perform well at a native 1080p on both Xbox One and PS4. We appreciate everyone’s patience and we firmly believe Sniper Elite 3 will be worth the wait!”

The game will come out in Europe for all platforms on June 27 and in North America on July 1.

A few days ago, a video of the game on the PS4. was released.

The first 15 minutes of gameplay was uploaded to YouTube, which can be viewed below: