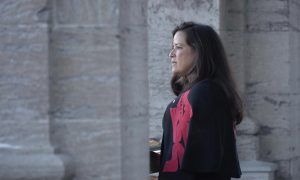 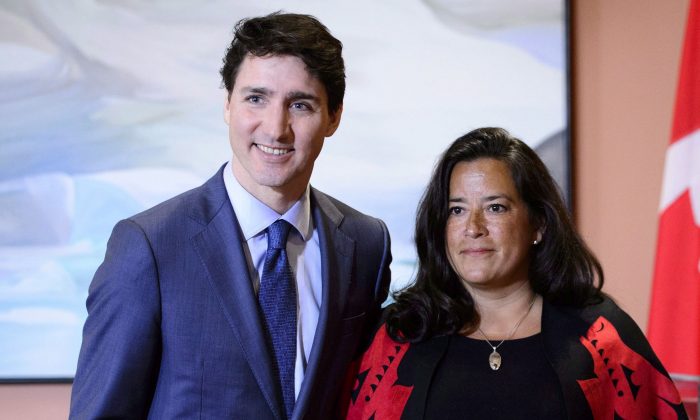 SNC-Lavalin Affair: Canada Goes Back to Its Roots

Canada’s pure-as-the-driven-snow self-image regarding bribery and corruption is getting a “comedownance.”

The essence of the imbroglio, from what media has revealed, is that SNC-Lavalin allegedly attempted to/succeeded in bribing its way into lucrative contracts with Qaddafi’s Libya between 2001-11. Consequently, in February 2015, the company was charged with fraud and bribery under Canadian federal anti-corruption legislation.

Subsequently, SNC-Lavalin has been squirming to avoid a trial and conviction that could send various senior officials to prison and bar the company from federal contracts for a decade. If not a death sentence for SNC Lavilin, such a penalty would be a brutal blow as the company is on course to wallow in massively funded, hugely profitable infrastructure projects on the Liberal government’s “to do” design board.

Read More
SNC-Lavalin Controversy and the Rule of Law

However, adroitly designed legislation offered SNC-Lavalin wiggle room. The company could accept a “remediation agreement” requiring admission of wrongdoing, repayment of illegal funds, and promises of straight-and-narrow behavior going forward. Such a “deferred prosecution” action would remove the Damoclean sword hanging over the company. For an assortment of reasons, various observers anticipated such an approach, because SNC-Lavalin is special.

An Illustrative Review. In short, SNC-Lavalin is one of Canada’s iconic companies, starting from nothing a century ago to become a major national/global player with 50,000 employees, 9,000 in Canada and 3,400 in Quebec, where Montreal is its home base—and the location of Prime Minister Justin Trudeau’s riding. Canadians, and particularly Quebecers, are proud of its leadership in major construction/hydroelectric projects. Along with Bombardier, SNC-Lavalin is in the “too big to fail” category—too big both politically and economically.

But SNC-Lavalin is a problem child. It is not as if it has “blotted its copybook” so much as its copybook is a black hole of extended scandal, corruption, and questionable activity by its senior leadership, some of whom are in prison for their activities. Giving it a pass would certainly prompt the gag reflex of those for whom the “rule of law” is the overriding imperative for all activity subject to jurisprudence.

In any event, the Canadian legal system didn’t play by the anticipated, albeit implicit, rules. The federal director of public prosecution declined to offer deferred prosecution and shifted the “monkey” to the back of Attorney General Jody Wilson-Raybould to issue such a deferral.

What happened between Wilson-Raybould and Trudeau when they discussed SNC-Lavalin is now in much dispute. Trudeau has repeatedly said he did not “direct” her to make a positive decision, but how clearly he made clear that such a decision was desired is in dispute. In any event, she allegedly declined. And lo-and-behold, Wilson-Raybould is no longer attorney general, being replaced in a cabinet shuffle by David Lametti, who presumably, is more appreciative of the political/economic/social realities represented by SNC-Lavalin. And Lametti has already said that it is still possible he would direct an out-of-court settlement.

Predictably, the opposition is in full scream, demanding parliamentary testimony from Wilson-Raybould, full disclosure from Trudeau, and SNC-Lavalin executives dangling on lamp posts.

A Reality Check. One would think from the (hypocritical) outcry that Canadians believe their companies operate in a League of Women Voters environment. Competition for major contracts, particularly overseas, is intense and differences in the quality, price, and timing between bidders is marginal. It is not as if SNC-Lavalin is offering the equivalent of building a Charles de Gaulle airport while others propose World War II grass runways. Or that Bombardier aircraft compete against DC-3 equivalents.

Finding the right combination of incentives to win the bid is an art form—a mix of “extras,” supplementary follow-on purchases, gifts, favors to family, etc. Company agents are not lugging duffle bags of cash to drop on desks. The objective is finding work-arounds for the anticorruption laws that will win the bid—but SNC-Lavalin apparently was not sufficiently adroit.

It is also useful to remember societal attitudes. When in Canada, I noted provincial pride in “Quebec Inc” with its semiofficial attitude of concertation, which can be translated as “collusion.” Is such “corruption” or pragmatism?

It is also useful to recall history. Just how were the Canadian transcontinental railroads funded and built? By high-minded citizens or by individuals who had fiscally juicy deals to offer?

Times indeed change but people have not. Corruption is more subtle, but amused observers will recall Rudyard Kipling’s wry poetic depiction, “the Colonel’s Lady an’ Judy O’Grady are sisters under their skins!”