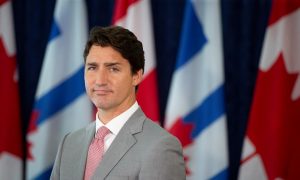 SNC-Lavalin Affair and the Public Perception

By the time the ethics commissioner released his report on the prime minister’s role in the SNC-Lavalin affair, there had already been several major developments, such as Attorney General Jody Wilson-Raybould’s testimony before a parliamentary committee, which led to significant public perception changes regarding the federal government.

That could be one reason why Mario Dion’s report on Prime Minister Justin Trudeau’s conduct may have less of an impact on which way people vote come election day in October, says John Soroski, an associate professor of political science at MacEwan University.

“I think it’s harmful to the Liberals, but I think the force of it has probably been blunted,” Soroski said.

A new Global News poll, conducted by Ipsos after Dion’s scathing report, which concluded that Trudeau violated the Conflict of Interest Act, showed the Conservatives with 35 percent of the decided vote and the Liberals at 33 percent. Both numbers have changed only by two points since the company’s last poll a month before. A poll by DART & Maru/Blue Voice Canada for the Toronto Sun found a similar result.

Dion found that Trudeau and his office attempted to “undermine” the decision of the director of public prosecutions as well as the attorney general in an effort to help SNC-Lavalin avoid a criminal trial, adding that partisan political interests were cited by the government while attempting to exert influence on the matter.

Soroski says some of the details may not be known, so while public opinion did shift over Wilson-Raybould’s testimony that she was let go from her position because of her resistance, there may not be as much public knowledge about the role of the attorney general and the implications for the rule of law.

“I think that’s an immensely important idea—it’s really what separates countries with functioning democratic and legal regimes from places like China,” he says.

One area of concern, Soroski says, is how the government introduced legislation in its 2018 budget to allow corporations to have settlement deals, referred to as remediation agreements, and avoid criminal prosecution—seemingly for SNC-Lavalin to take advantage of.

Another is that the changes introduced to the criminal code by the new legislation are written in a way that is “very difficult and obscure to see what the correct path is,” he says.

A clause of the new legislation states that one objective of a remediation agreement is “to reduce the negative consequences of the wrongdoing for persons—employees, customers, pensioners and others—who did not engage in the wrongdoing, while holding responsible those individuals who did engage in that wrongdoing.”

Another clause says one of the conditions that a prosecutor can consider if a remediation agreement is applicable is if it is “in the public interest and appropriate in the circumstances,” while specifying in another clause that “the prosecutor must not consider the national economic interest.”

“The difficulty in terms of the rule of law is that it makes it difficult to assess on a legal basis what the [prosecution’s] duty actually is here, and what [the prosecution] can or cannot take into account,” Soroski says.

Conservative Leader Andrew Scheer has called for an RCMP investigation into the issue to see whether Trudeau obstructed justice by interfering in the prosecution of SNC-Lavalin, which is charged with paying $48 billion in bribes to Libyan officials.

Wilson-Raybould recently revealed that she was contacted by the RCMP in relation to the issue last spring, but she didn’t say if an investigation has been opened, citing confidentiality restrictions. In a statement following the release of Dion’s report, the RCMP said it is “examining this matter carefully,” adding that the force can’t provide any further comments at this time.

Nelson Wiseman, a political science professor at the University of Toronto, says that by this time most people have already made up their minds on which party they’re going to vote for, and unless a police investigation is formally announced on the SNC-Lavalin affair, there may not be any significant change in public opinion.

He cites the 2005 RCMP probe of then-Liberal finance minister Ralph Goodale as an example, where a criminal investigation was launched into Goodale’s department over a leak about the government deciding not to tax income trusts.

Police ended up clearing Goodale and laying charges against a bureaucrat in the department a year after the 2006 election, but the damage was already done: Right after the probe was announced in December 2005, the Liberals lost their lead in the polls to the Conservatives.

The criminal investigation, which dovetailed with the Liberals’ sponsorship scandal and the fact that the Conservatives were able to use that to project an image of the Liberals as corrupt, became a major boost for the Tories to win the 2006 election.

“If you hear, ‘oh, the police are investigating,’ people think once there’s smoke, there must be fire,” Wiseman says.

But there are other factors that could have a significant impact on public opinion ahead of the election, Wiseman adds. One example is the harrowing images of drowned Syrian refugee toddler Alan Kurdi that appeared right before the 2015 federal election, which shifted the public’s focus to the refugee crisis.

“All of a sudden, if the media picks up on something, politicians have to respond to it, and the public gets engaged with it,” he says.