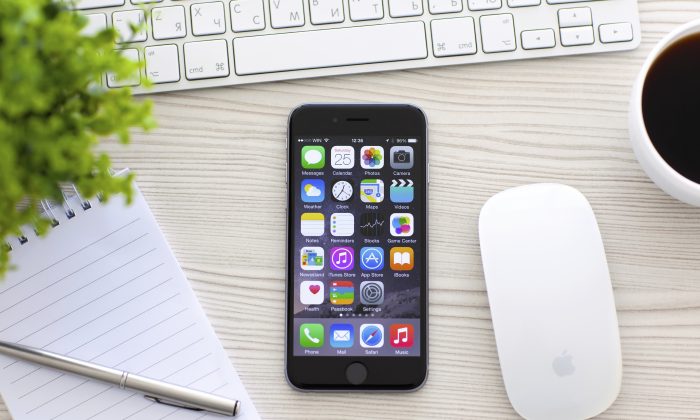 Apple’s recent offering of new tech toys includes the latest iPhone – available in stores from Friday – and it boasts some mighty camera power.

Looking at the 12-megapixel (MP) still image size and 4K video in the iPhone 6S, we need to wonder if this is the only camera/video recorder you’ll ever need? In fact, how long will we continue to call these digital pocket-size computers “smartphones”, since the ability to use them as a phone seems less important that other functions?

But can a smartphone camera outsmart the more traditional digital single-lens reflex (DSLR) or the mirrorless cameras favoured by enthusiasts and professional photographers?

The new iPhone is getting plenty of reviews this week, but let’s take a deeper a look at what Apple is offering in the camera department.

It’s worth examining the megapixel arms race a bit more clearly and you can see the jump from iPhone 5’s 8MP to 12MP is not that great. So before you run off to update your iPhone or Android device, keep the pixel count in mind.

So a 12MP image on the new iPhone is not that much bigger, especially when compared to some of the typical DSLRs on the market at the moment. These can take images up to 24MP and even higher, some even pushing 50MP.

Those iPhone publicity photographs we are seeing displayed on large billboards are a bit of a stretch. We view billboards from great distances and they are generally printed at 50 to 150 DPI. We should be just as impressed with the actual printer quality and how it handles the data, rather than the data sent to the printer from the iPhone.

If we were to put a two-metre-wide photographic quality print made from a good-quality DSLR camera, such as a Nikon or a Canon, next to a print made from an 8MP iPhone in a gallery setting, the quality of the DSLR’s image would be obvious, especially when you can walk up to the print and look into the detail.

So if your images need to live as print, as well as on screen, then the DSLR is still the way to go. But if your images are only going to live on a screen of some sort, then maybe you never need to use a DSLR again.

DSLR vs the Smartphone

Of course there are plenty of things to consider other than just the megapixels, such as image sensor size, zoom and focus options, low light conditions and other functions and options.

This globally networked lens can also expose the less friendly corners of the planet via apps such as eyeWitness to atrocities, developed by the International Bar Association.

The app permits sound, video and photo recording, locks the data so it can’t be manipulated and sends it to a secure cloud. The data can then be verified and distributed to global media.

So when it comes to deciding which camera to use, I feel it’s about intent. Most of the time photographers will go for the device that gives then the ability to best craft an image.

Control of light, depth of field, quality of focus, bokeh, focal length, framing and that crucial capturing of the moment in time and space are all second nature to many photographers.

A photographer will also make good use of a smartphone when needed. Benjamin Lowy’s iPhone photos have made it onto the cover of Time magazine. He also found the iPhone made him less of a target in war zones such as Libya. Using an iPhone, he could move quickly and blend with the crowd unencumbered by camera bags.

“It’s a fast little camera and I do like that on a tough assignment,” he said. Although he added that the “pros will push me aside”, assuming he is a tourist or an amateur.

The Choice Is Yours

One thing new smartphones have yet to address is the issue of batteries. Many years ago traditional cameras did not have batteries, so they never suffered from a flat battery. Today’s digital cameras do need batteries but their life can far exceed that of a smartphone, lasting many weeks compared to about a day on a smartphone.

There was a time when cameras were purchases for life; they were handed down from generation to generation. No need for a megapixel count, they were resolution-independent. They just relied on good film and quality lenses.

Today’s smartphones and digital cameras will never be handed down to a new generation, unless they are digital archaeologists.

In the end, no matter what device you choose to use, it’s who’s behind the technology that counts. And if you wait around long enough we may see the best apps of the smartphone and the best qualities of a DSLR converge and then what will we call it?