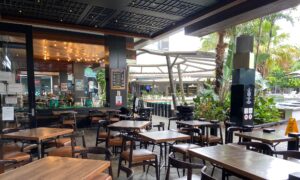 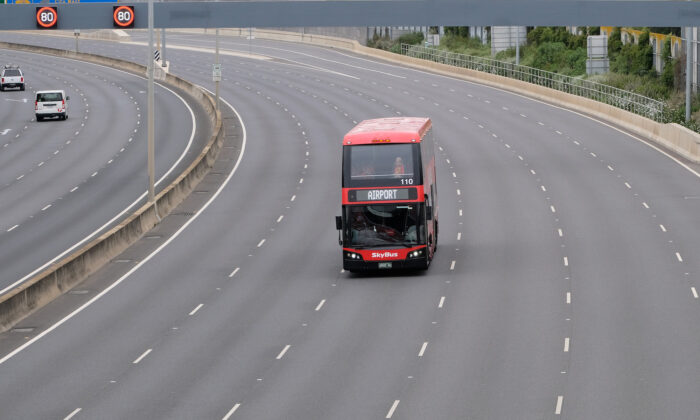 Victorian businesses are reeling from the state’s third COVID-19 lockdown in less than 12 months, with one Melbourne restaurant owner left $35,000 out of pocket.

The coffers of Toorak’s Bistro Thierry have been bled dry as the French eatery remains closed because of the state’s five-day “circuit breaker.”

Owner Thierry Cornevin says the two previous shutdowns cost him AU$225,000 and he estimates the latest one equates to another $35,000 setback.

“I had money put away for a rainy day,” the restaurateur of 20 years told AAP.

“But it funded down and we’re skint. You always have a buffer but getting kicked in the guts three times, it’s a bit much.”

That figure doesn’t factor in lost customer sales over the snap lockdown, including those from the usually lucrative Valentine’s Day on Sunday.

“We had two sittings. We had to reimburse everyone’s deposits,” Cornevin said.

“That weekend is like … Mother’s Day, Father’s Day – it’s one of those special days where you do an extra 20 to 25 per cent more business.”

It would have been even worse if his chef hadn’t cancelled all their food orders before Victorian Premier Daniel Andrews announced the lockdown on Friday.

“We spent the next six hours putting everything under sous vide and freezing it,” Cornevin said.

“Two hours later, I would have been gone. You could have easily done 50 grand.”

Although restaurants are able to keep serving takeaway, Cornevin is unwilling to risk compromising his business‘ reputation among its loyal clientele.

“What I’ve created, I’m not going to damage by sending out food that, by the time it gets home, is cold and stodgy,” he said.

Cornevin says his bistro won’t go bust from the latest shutdown, but he has grave fears for little restaurants and newcomers.

“There’s a lot of little restaurants that haven’t got 20 years under their belt and Valentine’s Day is a big help for them, especially after what we’ve been through for the past 12 months,” he said.

With reported losses of $100 million for restaurants and $36 million for florists over the period, the Victorian Chamber of Commerce (VCC) has launched a campaign encouraging couples to “re-do” Valentine’s Day celebrations on Feb. 28.

“Victorian businesses in the hospitality, events and floristry sectors have been left heartbroken on what is meant to be the most romantic day of the year, and their most profitable,” said VCC CEO Paul Guerra.

“They have had such a tough 2020 and they had five minutes of sunshine until a lockdown occurs and the grey clouds have rolled back in,” he told reporters on Monday.

“Small businesses such as florists and restaurants currently have their storage rooms packed with supplies, ahead of what they thought would be one of their busiest trading days of the year,” Carnell said.

Premier Andrews has pledged further small business support but warned a new package would take time to put together.

“It is important to assess some of the impacts and to make sure that you are listening,” Andrews told reporters.

“That (the package) will build on the record support that we have provided over a lengthy period of time.”