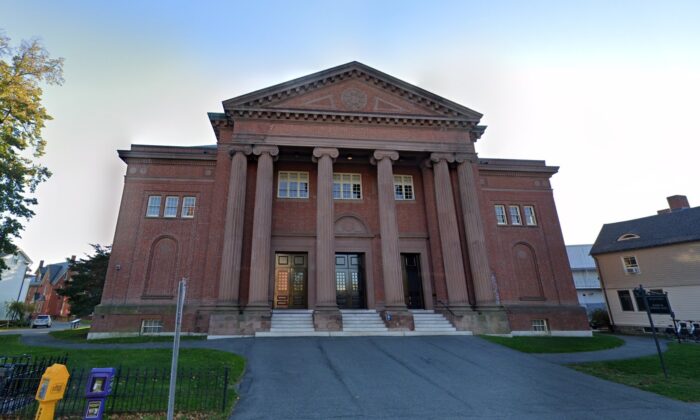 David Pitvorak, who describes himself in his Twitter biography as an “individual rights attorney taking on Critical Race Theory in the courts,” is representing Shaw in the lawsuit.

“We allege that Smith forced Shaw to undergo ritual racial humiliation and tasked her with implementing policies that racially segregated and discriminated against students,” Pitvorak tweeted.

The 101-page lawsuit was filed Dec. 16 in the U.S. District Court for the District of Massachusetts.

In addition to Smith College, the two other defendants are Smith employees Kia Brown and Hannah Durrant. Brown is identified as Assistant Director of Housing Operations; Durrant was Shaw’s supervisor and Director of Residence Life.

Based in Northampton, Massachusetts, Smith College opened in 1875. It is the largest member of the Seven Sisters colleges, a group of elite women’s colleges in the Northeast. The average annual cost of attending the school is $75,842, according to the U.S. Department of Education. Notable alumnae include former first ladies Barbara Bush and Nancy Reagan, feminist Gloria Steinem, and writer Sylvia Plath.

In recent years Smith College has “fostered a toxic climate of racial fear, hostility, and exclusion” that has been “felt most deeply by lower-level employees” like Shaw, a single mother of two, who, “while simply trying to make ends meet, suddenly found themselves thrust into the middle of an ideologically driven campaign of race-essentialism and collective guilt pushed by the school,” according to Shaw’s legal complaint.

The college “adopted an official policy of viewing every aspect of its operations through a racial lens; one that distorts all whites into malevolent oppressors and all people of color into hapless victims, regardless of any individual’s actual position or status.” The policy “permeated every decision and action taken by the school.”

While she worked there, Shaw “was denied a significant professional career advancement opportunity when she was told by her supervisors that they canceled an orientation program she organized ‘because you are white.’” She was also expected to run a “Residential Life Curriculum” in which students were directed “to project stereotypes and assumptions onto themselves and others based on skin color.” The college asked Shaw to maintain “affinity houses,” which consisted of student housing segregated along racial lines.

During a professional development retreat at which attendance was compulsory, Shaw “was publicly humiliated for not admitting to ‘white supremacy’ and ‘white privilege’ and was continually expected to submit to shaming and harassing group race therapy as an ongoing condition of employment.”

The college harassed her, Shaw claims in the complaint.

When she objected to the offending policies and the racially hostile environment at Smith College, the “defendants retaliated against her, attempted to stymie her efforts to file an internal complaint, and then hedged and delayed their investigation. Defendants steadily removed Plaintiff’s job responsibilities, denied her promotional opportunities consistent with all of her colleagues, placed her on furlough, launched a pretextual investigation into her email usage, and deliberately made any further employment at Smith College impossible for Shaw.”

“We are aware of Ms. Shaw’s latest lawsuit, which arises from allegations that were fully and independently investigated over a year ago, with no finding that Smith College discriminated or retaliated against Ms. Shaw in any way,” said Stacey Schmeidel, Senior Director for News and Strategic Communications at Smith College.

Schmeidel provided a copy of a letter the college’s lawyers sent to the Massachusetts Commission Against Discrimination on May 13.

The letter attacks Shaw, accusing her of “leading a national media campaign to disparage the College’s efforts at preventing discrimination and creating a more equitable and inclusive environment. When her campaign raised several hundreds of thousands of dollars—enough to fund her litigation, cover her ‘living expenses’ and hire a personal assistant—Ms. Shaw voluntarily resigned from her employment with Smith.”

Schmeidel noted that Shaw subsequently withdrew her claim that was before the state commission.

“As this is pending litigation, we will not comment further, except to state that the college will continue to defend against her latest claims,” Schmeidel said in an email to The Epoch Times.