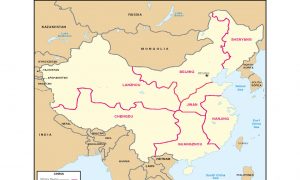 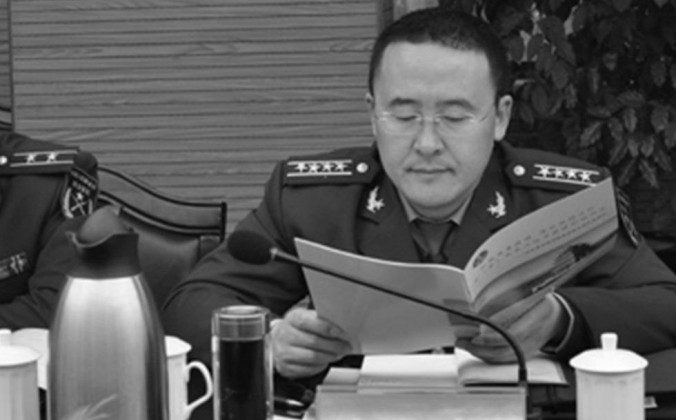 Guo Zhenggang, the son of former vice chairman of the Central Military Commission, is the target of a smear campaign. (Freeweibo.com)
China

In what seems to be a prelude to another takedown of a former senior member of the People’s Liberation Army, Chinese official and quasi-official propaganda and media instruments have recently launched a smear campaign against the son of Guo Boxiong, who until late 2012 was one of the most powerful men in the Chinese military.

Close family members of senior Party members are usually considered strictly off-limits as subjects of reportage, especially highly critical reportage, in China. That Guo’s son, Guo Zhenggang, the deputy political commissar of the Zhejiang Military District, is being targeted in this manner is a signal to observers of Chinese politics that the father may be next.

No action has been taken yet against either of the Guos, but a similar dynamic played out before the political destruction of Zhou Yongkang, the Party’s previous security czar. His son, Zhou Bin, was accused of having ties to the gangster businessman Liu Han from Sichuan, and was later detained on the outskirts of Beijing while being interrogated. Earlier this month Reuters reported, according to inside sources, that Guo Zhenggang was being investigated, and a range of mainland Chinese websites have reported the same, though an official announcement has yet to emerge.

In the view of everybody, not only was Guo Zhenggang’s competency at his job quite ordinary, but the way he treated people was also problematic.
— Wen Wei Po, pro-Beijing media

If Guo Boxiong is indeed investigated and publicly humiliated, he will become the second major military scalp taken by Xi Jinping, the Chinese Communist Party leader who has carried out a blistering purge of the Party apparatus since taking power in late 2012.

Guo was a vice chairman of the Central Military Commission, equivalent to the Pentagon’s Joint Chiefs of Staff. The other former vice chairman (apart from Xi Jinping himself), Xu Caihou, had already been put under formal investigation and recently died from cancer, authorities said.

For now, there are no immediate signs of a move against Guo Boxiong—but observers said it is probably only a matter of time.

The reporting on Guo Zhenggang, the son, has focused on destroying his credibility and competence as a military leader, while suggesting that the union with his ex-wife took place under less than glamorous circumstances.

Semi-official media Wen Wei Po, based in Hong Kong and frequently used to project Beijing’s view on matters, ran an attack on Guo junior on March 25, bringing up all manner of misdeeds.

Guo, for example, did not lecture very well when he was a political officer in the military. He was also frequently absent from his desk—predictably, the paperwork piled up. Other times, he would read a newspaper during important meetings, the article said.

“In the view of everybody, not only was Guo Zhenggang’s competency at his job quite ordinary, but the way he treated people was also problematic,” Wen Wei Po announced. “But even so, he progressed through the ranks ‘like a rocket,’ faster than ordinary people could dream.”

You see how these different media are working hand-in-hand with the anti-corruption campaign.
— Xia Ming, political scientist

Testimony from affronted colleagues was also wheeled out. “Guo didn’t like to speak to his subordinates,” Wen Wei Po reported. “When someone ran into him and wanted to say ‘hello,’ Guo simply walked away without even giving a nod.” The assessment was attributed to a “retired officer from the Zhejiang military region.”

Guo Zhenggang’s personal life wasn’t off limits, either. The article said that the only reason he married his current wife, Wu Fangfang, was because she became pregnant after an encounter with him while he was in his first marriage (which he then ended.)

People’s Daily Online, the Internet version of the Party’s mouthpiece People’s Daily, depicted Wu as flighty, promiscuous, and venal. A detailed account was provided of how she allegedly gained the cheap use of land owned by the military to run a shopping center that then bilked investors.

Moral attacks on the character of fallen officials are a recurring theme in Communist Party propaganda when casting out formerly powerful officials and their family members.

Even when his wife’s misadventures in real estate were brought to Guo’s attention, he was said to be nonchalant, according to an account in Global People, a magazine published under the aegis of the People’s Daily.

“Once we had a gathering and the topic of anti-corruption came up, Guo Zhenggang didn’t take it too seriously, and he said, ‘It is something that you just take a few swings at, to make your points, and it is all done,'” a friend of Guo was quoted to have said.

Xia Ming, a professor of political science at the City University of New York, remarked on the level of coordination and attention to detail of the propaganda attacks on the Guo family.

“You see how these different media are working hand-in-hand with the anti-corruption campaign,” Xia said in a telephone interview with New Tang Dynasty Television.

“If such coverage was not the work and careful planning of the Chinese authorities, these media would not dare to speak so freely, even if they did come across these materials.”

Zhang Jian, an independent current affairs commentator, remarked on the same news program: “After a shot is fired, there is no turning back. Since Zhou Yongkang and Xu Caihou were purged, there is no stopping Xi Jinping in the struggle to remove his enemies within the military.”

The removal of Xu Caihou and Guo Boxiong, even though they no longer hold any official posts, is a crucial step in Xi Jinping’s campaign to gain control of the military. Both men are widely believed to have been stand-ins for Jiang Zemin, Party leader from 1989 to 2002, and allowed Jiang to run roughshod over his successor, Hu Jintao, throughout Hu’s tenure as chairman of the Central Military Commission from late 2004 to 2012.

Recent reports in the state press said that Xu Caihou “emptied the power” from the chairmanship in the Military Commission, a fate that Xi Jinping seems determined to avoid.