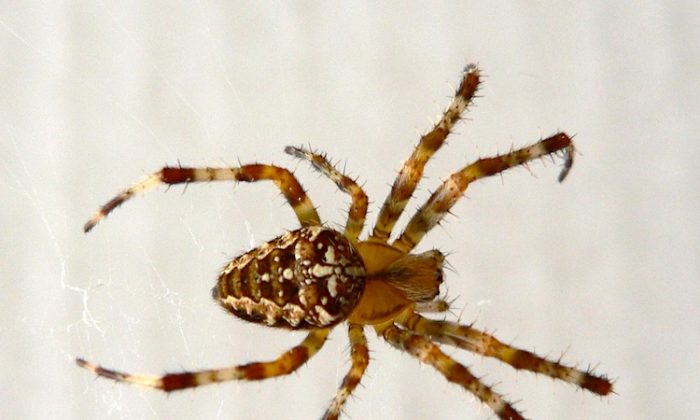 The brains of tiny spiders are so large that they fill their bodies and overflow into their legs, a new study finds.

According to ongoing research into how miniaturization affects brain size of spiders, the smaller the spider, the larger the brain proportionally gets, filling up more of their body cavities.

“The smaller the animal, the more it has to invest in its brain, which means even very tiny spiders are able to weave a web and perform other fairly complex behaviors,” said Smithsonian Tropical Research Institute (STRI) scientist William Wcislo in a media release.

After studying the central nervous systems of nine species of spiders across Panama and Costa Rica, STRI researchers found that some of the tiniest spiderlings have deformed bulges in their bodies containing excess brain. The researchers believe that more space is devoted to their central nervous systems due to brain cells and nerve fibers having a limit to how small they can be in order to operate effectively.

“We suspected that the spiderlings might be mostly brain because there is a general rule for all animals, called Haller’s rule, that says that as body size goes down, the proportion of the body taken up by the brain increases,” said Wcislo.

The study reports that the smaller spiders likely convert much of the food they consume into brain power due to the high energy requirements of brain cells. The tiniest spiders studied were up to 400,000 times lighter than the golden silk orb-weaver (Nephila clavipes), which can grow to 5 cm, or 2 inches.