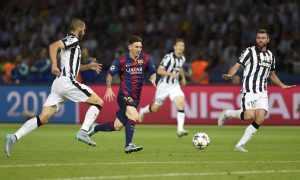 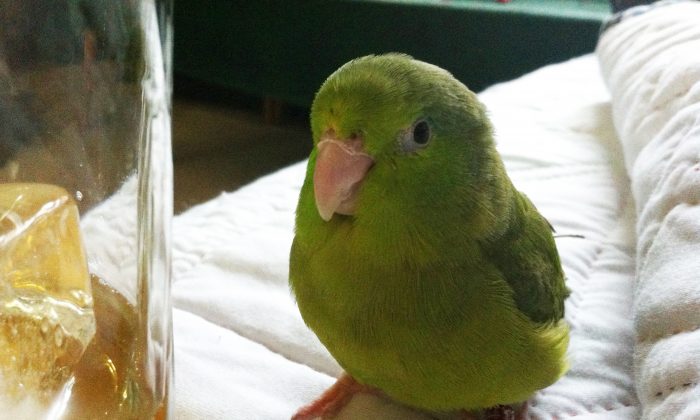 Atina Cote’s three birds roam freely in her home, participate in making bird treats and bird toys, nibble playfully at her fingers as she types at her computer keyboard and even join her in the shower.

When she walks in the front door, she says, her beloved Beeker, Schroeder, and Charlie joyfully sing, “Hey Bird! Hey Bird!”

“We’re one big happy flock,” says Cote, of Toronto, who has a tattoo of Beeker, her spectacled parrotlet, on one shoulder. (Schroeder is a cockatiel and Charlie a black-capped conure.)

“Birds make great pets, but it’s important that you have plenty of time for them,” she said. “Each one has its own personality and they really want to hang out with you as much as possible. You can teach them tricks, and they eat a lot of the same food we do. They’re hilarious and loads of fun.”

“Particularly when you start out with a young hand-raised bird, it really becomes a part of the family,” she said.

Of course, it’s not all pretty feathers and sweet songs. Cote admits her lifestyle “is not for clean freaks.”

“They poop on you and throw their food around. I have to clean the splattered fruits and vegetables of the walls and floors. It’s a constant battle, but I love it,” she said. The birds tend to keep to a small area of her apartment, and she puts down towels there to make cleaning up easier.

Although birds have never been as popular a pet in the U.S. as dogs or cats, their fans say that’s a shame and that people just don’t know what they’re missing.

“Birds are the best pets ever. They’re very smart, and while a dog will adore you no matter what you do, birds recognize you for who you are, and if you do something stupid a bird will look at you and kind of go, ‘Really?!,'” said Jamie Whittaker, a bird breeder, behavior consultant, pet shop owner, and president of the Austin, Texas-based American Federation of Aviculture.

And while pet birds do demand lots of time and attention, they don’t have to be walked. Cote periodically gives her birds’s wing feathers a light trim so they can fly around her home but can’t escape.

If you’re thinking of buying a pet bird, make sure it hasn’t been imported, since trade in wild birds is illegal in many states, according to Jim Breheny, director of the Bronx Zoo, in New York City. “A pet bird bred in captivity and hand-fed by aviculturalists makes for a much happier, healthier pet,” he said.

He also warned that even captive-bred and hand-fed larger parrots, such as cockatoos and macaws, can be noisy and destructive if they don’t get huge amounts of attention.

They bond with their owners, and if they are passed from one owner to another, their behavior grows even worse, Breheny said.

“You need to be prepared to take on not only their physical care but also their emotional health. Larger parrots can live to be between 50 and 70 years old. It’s a demanding pet that you may have to make provisions for in your will,” he said.

Beginners might want to consider smaller, more readily available birds like zebra finches, society finches, budgies, parakeets, or cockatiels, which are domestically produced and have lifespans in the teens to 20 years, Breheny said, adding that even finches and budgies will spread hulls, dander, and feathers on the floor.

“And if you want to hand-train a budgie or parrot, you almost have to clip its wing feathers occasionally, because if captive birds escape they can get hurt very badly,” he said.

“When you get that first bird, make sure you have someone who understands birds, who you can turn to for advice. That person can be anyone with a lot of experience with birds,” she said.

Bird clubs and magazines are also great sources of information, she said.

It’s best to let a bird have its own cage, Whittaker said, but if you have more than one in a cage, stick with the same species and gender.

In selecting a first bird, look for one that truly interests you.

“Honestly, if it’s a bird that fascinates you, that you just relate to and think is super neat, that’s the best bird for you,” Whittaker said.