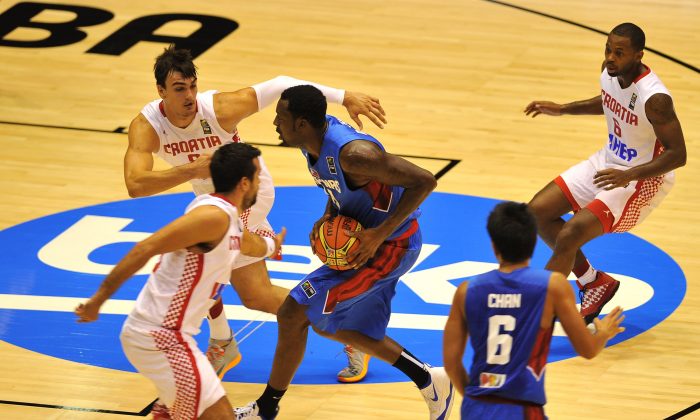 Gilas Pilipinas, the Philippines men’s basketball team, will take on Greece in the second day of FIBA World Cup play on Sunday.

The game will be broadcast live on TV5 in the Philippines and ESPN in the United States.

Live streaming will be available through Solar Sports, LiveBasketball.TV, and Watch ESPN.

Smart Gilas stunned basketball fans by nearly upsetting Croatia in the opening game, coming within one shot of the win. Naturalized NBA player Andray Blatche helped set up the Philippines for the win with 28 points, and the game was tied at 71-all with 20 seconds left and the Philippines with the ball.

Unfortunately, Jayson Castro missed the game-winning attempt, and Gilas fell in overtime with the final score 81-78.

Castro chipped in 6 points while Jeff Chan had 17 and Marc Pingris had 10.

Smart Gilas is in Group B along with Argentina, Croatia, Greece, Puerto Rico, and Senegal. It will play every team in the group once during pool play. The top four teams after that advance to the knockout rounds.

After this game, the Philippines will play, Argentina on Monday, Puerto Rico on Wednesday, and Senegal on Thursday. Friday is designated a rest day before knockout play starts next Saturday, September 6.