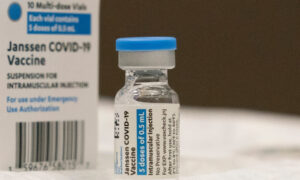 TORONTO—Cineplex is shrinking soft drink sizes at its theatres and while the hulking large cup will disappear, moviegoers will be paying the large price for a drink that’s 12 ounces smaller.

The movie chain says it has decided to shrink its largest drink size as part of a countrywide reduction in cup sizes.

Company spokesman Michael Langdon says the move comes after Cineplex (TSX:CGX) weighed the possibility of raising drink prices to accommodate for the higher costs of running its business.

Instead, the company decided to keep prices the same, but make the soft drinks smaller.

Under the changes, a large drink will assume the size of the former regular drink—32 ounces down from 44 ounces.

A regular soft drink will be reduced to 24 ounces versus 32 ounces previously. A small drink is unchanged at 16 ounces.

Cineplex has been testing the revised drink sizes in British Columbia and Saskatchewan since 2013, Langdon said.

“Because we found a general trend toward smaller cup sizes, we made the choice to reduce the size rather than increase the price,” he said.

Langdon added that Ontario’s Making Healthier Choices Act, set to be introduced in 2017, also factored into the decision.

The Act will require fast-food chains to display calorie counts on their menus, unmasking just how much its biggest drinks counted towards your daily intake.

“We’re making a change to help prepare for that,” he said.