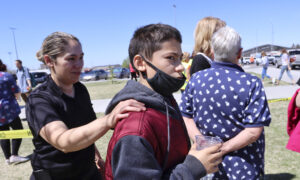 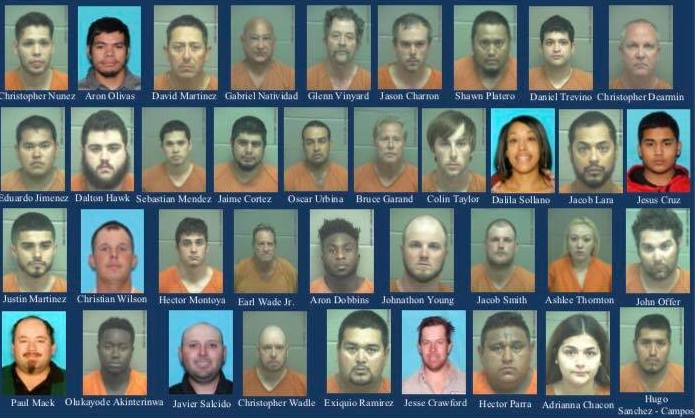 Pictures of the 37 arrested in an anti-human trafficking operation in Midland, Tx. (Texas Department of Public Safety)
Crime and Incidents

Authorities have arrested 37 in an anti-human trafficking operation conducted by federal, state, and local law enforcement in Midland, Texas. The majority were charged for trying to engage in sexual acts with a child under 14 or a prostitute under 18.

The arrestees ranged from 19 to 63 years old. No problems were reported during the arrests, Midland Police spokeswoman Rachel Walker told The Epoch Times.

“Any time that you have a situation where you think about children being hurt, people don’t want to think about that,” she said. “For this to come to light that in our community … we are able to arrest, have 37 offenses in that time period has been very much a shock to our community.”

Nine suspects were arrested for online solicitation of a minor. They had arranged online a meeting with a person they believed was a 13-year-old girl and then went to the agreed place expecting sexual acts from the girl.

Another 18 were arrested for prostitution solicitation of a person under 18. They made contact with someone online that they believed was a prostitute under 18 and then went to a designated location to meet.

The county conducts similar operations several times a year, but this was a first one of this length, Nodolf said. “It takes an intense amount of manpower to accomplish.”

Midland is a small, but fast-growing city some 340 miles west of Dallas. It has about 135,000 residents and crime rates slightly below national average.