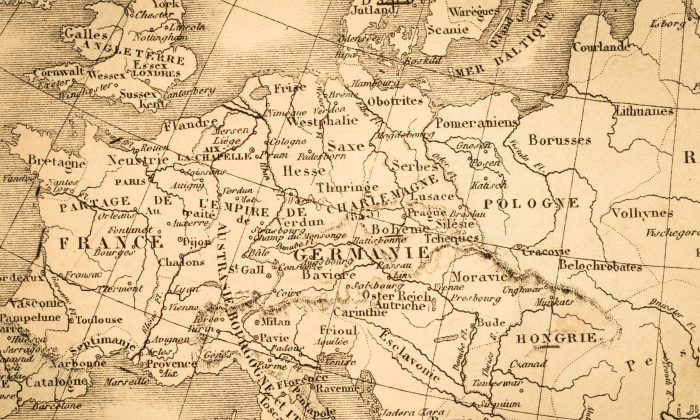 According to Philipp Bagus, economist and professor at Spanish University Rey Juan Carlos in Madrid and a German national, the reality could not be more different. He analyses economic incentives and history to explain that smaller organizational units are more flexible, innovative, and less threatening. They, therefore, lead to more prosperity and peace. He compiled his findings in a book titled: “We Can Make It: By Ourselves,” alluding to German chancellor Angela Merkel’s slogan regarding the migrant crisis: “We Can Make It”.

Bagus says the economics of government are also determined by incentives. Those incentives apply to the European Union, which is replacing the nation-state, but also to the United States, where the original concept of “self-governance” of the individual states has been taken over by the federal government.

“Small political units foster competition and therefore offer more advantages like low taxes and less regulation. Historically, if the citizens didn’t like the policies of their country, they could leave easily because the border was closer. If you lived in a vast country like the Russia of the Tsar or the Soviet Union, that would be much more challenging,” said Bagus.

Voting with the feet becomes even more important than voting by ballot, which has disappointed citizens on both sides of the Atlantic in recent history.

In the Germany of the early 19th century, a citizen of Royal Bavaria could quickly move to the neighboring Kingdom of Württemberg if living conditions were better. Smaller governmental units in the same region have different governments, but usually share the same culture, making integration easier.

The same was true for the United States in the 19th century where there was no federal income tax, and individual states could better compete for talent through economic incentives.

“When Germany was fragmented into many different states, the regents were competing to get the best talent by peaceful means. That was the time of ‘poets and thinkers,’ a high point in the country’s culture,” said Bagus.

When Germany was split into East and West in the 20th century, the Eastern Germans suffering under communism at least tried voting with their feet until the big Soviet Empire constructed a wall and made it close to impossible to emigrate.

“In the German Democratic Republic, you needed a wall. In Cuba, you have the sharks, in North Korea a mine-field. Under a competitive system, those countries would lose all their people.”

Even though smaller states sometimes lack economies of scale, they benefit from having to be competitive to earn their imports and keep their people.

This is the reason why smaller countries like Luxembourg, Liechtenstein, Switzerland, the Netherlands, Singapore, and Hong Kong boast GDP per capita numbers much higher than their bigger neighbors.

Smaller organizational units can also learn from each other. They can adopt sound policies that worked under similar conditions in a different state and stay clear of the ones that don’t work elsewhere, as it was the case with monetary policy in Europe before the European Central Bank.

“You can experiment, and there is a learning effect. The Netherlands, for example, copied the German monetary policy. This process is eliminated when you have one big state with the same policy.”

Peaceful competition among the German states ended when the two larger and powerful German units (Austria and Prussia) started a war, which would ultimately create the second German Reich with Prussia at the helm in 1871.

Bagus claims that it was the creation of this bigger Germany with its colonial ambitions that threatened Britain and ultimately lead to World War I.

“If Germany had remained politically fragmented, then the first and second world wars would have been avoided. The German Kaiser Wilhelm II wanted colonies, Switzerland and Liechtenstein didn’t,” said Bagus.

So how can smaller states avoid being gobbled up by bigger neighbors? By providing everything they have through free trade.

Smaller states like Liechtenstein (35,000 inhabitants) depend on free trade because they don’t own any commodities. So they have to pay for their imports by providing something of value to export.

If smaller countries like Switzerland and Liechtenstein are connected to their bigger neighbors through trade, there is no reason to attack them.

“It’s hard for big countries to justify attacking a smaller country that doesn’t represent a threat to them,” said Bagus.

On the other hand, larger governmental units that have some level of autarky and don’t depend on trade to sustain the populace can be more aggressive and afford a war.

This example applied to Nazi Germany, which justified gobbling up its neighbors by selling the idea of a Greater German Reich. Individual German states like Bavaria or Hesse would not even have dreamed about that idea.

Another benefit of smaller states is the accountability of government and the efficient distribution of public resources.

“A bigger state by definition is more removed from the people,” says Bagus. If the European Union or the federal government of United States decides on building infrastructure in one state but not in the other, they often lack the regional knowledge to decide which investment has the highest pay-off.

The mayor of a small city can judge much easier which investment is better for the community.

Citizens can also more easily control the actions of a city or regional government compared to the federal one.

“At the federal level, nobody even knows the government spends its money. Most people won’t drive to Washington to protest subsidies that don’t make any sense. But citizens would do just that in a small city.”

Big governments distribute the costs of government spending to a large number of people, so the average cost is low. If a certain program costs the average citizen $10, it’s not economically sensible to protest against it. However, it will cost the country $319 million. But different programs add up. So the taxpayer is soon on the hook for thousands of dollars of expenditure which individually don’t justify him going out of his way to protest or even vote for a different government.

An extreme example of this was the Troubled Asset Relief Program a euphemism for the biggest bank bailout in history. Congress authorized to spend $700 billion on 18 financial institutions. Although the total amount was never disbursed and the total cost before adjustments for risk and inflation was minimal because the troubled assets recovered after the government bailout, all of that money was a t risk in the fall of 2008. The 18 financial institutions stood to gain a maximum of $39 billion on average at the average expense per citizen of $2200. The billions are worth lobbying for, the thousands aren’t.