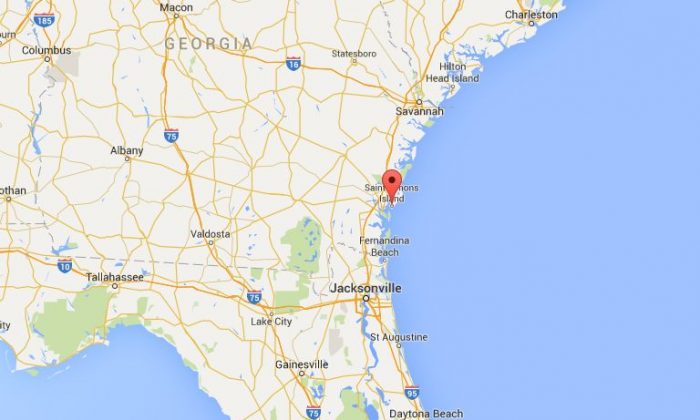 ST. SIMONS ISLAND, Ga.  — A Georgia homeowner working in his yard Tuesday saw a tree limb fall followed by a loud crash, then looked up to see a single-engine plane had landed on his roof.

“It came down over the top of me,” said Wilfred McGuin, whose home isn’t far from the runway of the small airport on St. Simons Island. “I heard a big crash. I thought it was the rest of the limb on the roof.”

Authorities said no one was seriously hurt in the crash landing on the Georgia coast about 60 miles south of Savannah.

Two people on board the Piper PA-32 climbed out of the cockpit and down a ladder McGuin put up for them. They were taken to a local hospital for treatment of minor scrapes and bruises, said Tommy Dixon, an assistant chief with the Glynn County Fire Department.

Dixon told the Florida Times-Union (http://bit.ly/1NvyCjN) the plane crashed about 11 a.m. Tuesday after taking off from Jacksonville, Florida. He said the pilot had called air traffic controllers to report engine trouble.

The plane ended up resting diagonally atop McGuin’s roof, with its nose pointing upward and its tail near the edge.

“They did a good job of putting it down,” Dixon said. “It may not look like it right now, but they did.”

The homeowners had to stay out of the house as fuel from the plane leaked inside through a hole in the roof. The fire department had two trucks standing by outside in case the fuel ignited.

McGuin’s wife, Joanne McGuin, said the plane made no sound until it crashed, as if its motor wasn’t running.

The names of the two people aboard the plane were not immediately available.