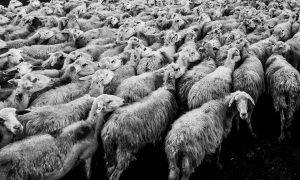 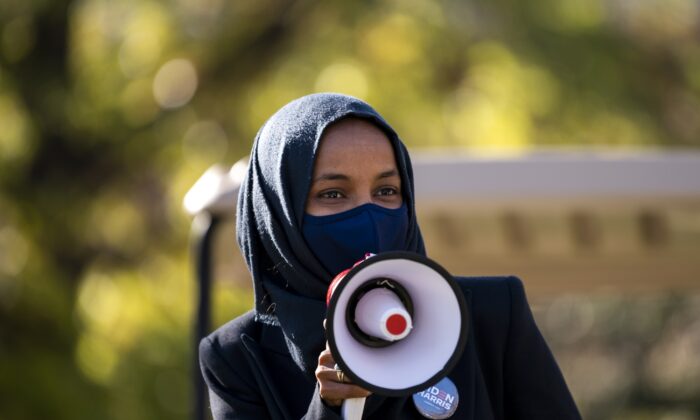 Small Group in Congress Refusing to Get COVID-19 Vaccine

A bipartisan, bicameral group of lawmakers is refusing to get the new COVID-19 vaccine.

The main reason is a desire to see those most at risk get vaccinated, though some members of Congress are concerned about the vaccine’s side effects.

“We are not more important then frontline workers, teachers etc. who are making sacrifices everyday. Which is why I won’t take it. People who need it most, should get it. Full stop,” Omar said in a recent statement.

“It is inappropriate for me—who has already gotten the virus/has immunity—to get in front of elderly/health care workers,” Paul added in a tweet on Monday.

The majority of Congress members were vaccinated on Friday or over the weekend, including House Speaker Nancy Pelosi (D-Calif.) and Senate Majority Leader Mitch McConnell (R-Ky.).

McConnell told Fox News that Congress was designated by an outside public health group to get the vaccine so early after its approval “because of continuity of government concerns.”

McConnell said he thinks it’s important for the country’s leaders to get the vaccine to “help reassure the American public,” noting polls show widespread skepticism of its safety and efficacy.

Vice President Mike Pence, Surgeon General Jerome Adams, and Democratic presidential nominee Joe Biden are among the leaders who have had the vaccine since its emergency approval on Dec. 11.

Rep. Alexandria Ocasio-Cortez (D-N.Y.), a member of the so-called Squad with Omar, told followers on Instagram that the vaccine was made available to members of Congress as part of a “continuity of governance” plan, which she described as “basically a national security measure.”

In a widely reported letter to members of Congress and staff members on Dec. 17, congressional physician Dr. Brian Monahan said the White House’s National Security Council informed him that Congress would be provided with some vaccines “to meet long-standing requirements for continuity of government operations.”

He said the “small number of COVID-19 vaccine doses reflects a fraction of the first tranche of vaccines as it is distributed throughout the country.”

Most initial doses of the vaccine are going to frontline healthcare workers or residents of long-term care facilities like nursing homes, based on a recommendation by a federal advisory panel.

The two groups most at risk of experiencing severe COVID-19 are the elderly and those with compromised immune systems, according to the Centers for Disease Control and Prevention.

The overwhelming majority of deaths from COVID-19 are among the elderly. Healthy youth and middle-aged persons rarely die from the new disease, which is caused by the CCP (Chinese Communist Party) virus.

That’s the angle Rep. Ken Buck (R-Colo.) took when explaining why he wasn’t taking the vaccine.

“I’m a healthy person. And I think most Americans are healthy. I think what we should do is we should focus on the at-risk populations in America, make sure those are the people that get this vaccine first, make sure that the health care workers who want the vaccine get the vaccine as soon as possible, but I am not going to take a vaccine,” he said on Fox last week.

Rep. Tulsi Gabbard (D-Hawaii) said she was initially happy to get vaccinated but then the federal panel recommended 100 million so-called essential workers get vaccinated ahead of the elderly.

“This is immoral and bad health policy,” she said on Twitter. “I had planned to get the vaccine but will now stand in solidarity with our seniors by not doing so until THEY can. I urge my colleagues who are under 65 and healthy to join me.”

Some lawmakers acknowledged they wouldn’t be getting vaccinated first if they weren’t in Congress.

“I am mindful that millions of Americans are still waiting for shots they will get after me, many of whom are workers on the frontlines of this pandemic,” Rep. Don Beyer (D-Va.) said in a statement. “I do not believe that I am more important than they are, but as national leaders it is important to lead by example.”