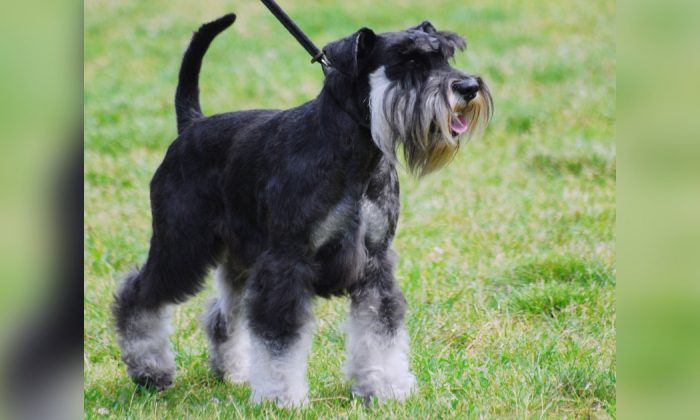 A miniature Schnauzer was set on fire and burned to death in West Haven, Connecticut, on Friday, July 5 in what has been called a “horrific crime.”

Fire and police first responders arrived around 10 a.m. on July 5 after someone reported an “uncontained fire in the Sandy Point Beach parking lot,” police Sgt. Charles Young said in a statement.

Keith Flood, a fire marshal at West Haven Fire Department, told the New Haven Register that when his team first arrived to put out the fire they didn’t know what had been set on fire, and only found out the following day.

According to Young in his statement, after the fire was put out, they found that it was a small dog, “possibly a 1-year-old mini Schnauzer with cropped ears and a cropped tail” that had been killed in the fire.

Local station WTNH reported that the dog may have been abandoned at the parking lot after it was set on fire, and an accelerant may have been involved, according to an initial investigation.

Jim O’Brien, chief of the West Haven Fire Department, said that whoever had set the dog on fire “obviously needs help,” the Register reported.

“Who does that?” he asked. According to the news outlet, O’Brien himself owns a dog, a yellow Labrador.

“I can’t imagine who would want to do that to a defenseless animal,” he expressed to the Register, adding that anybody who does such a thing is “sick.”

Deputy Chief Joseph Perno said when asked by the outlet what he thought of the person or people who had lit the dog, that he doesn’t “even think there’s a chance that even Hell would accept them.”

He added that he “couldn’t believe it would just be someone” trying to rid themselves of a pet, saying that “there are so many other ways available to you,” according to the New Haven Register.

Perno hopes that people who witnessed the incident will help police, especially if they had taken a video recording of what happened.

The West Haven Police Department on July 9 posted online a photo of a white pickup truck that was in the area and asked for public help in finding the owner of the vehicle to ask them questions. They later found the person, who provided them with information.

The Department is also asking anyone who is missing a small dog to contact them or Animal Control.

An online Facebook page called “West Haven: Why Not?” has offered a $2,000 reward for information that can lead to those responsible. The initial offer was $1,000.

Meli Garthwait, who lives next to the beach and runs a dog rescue group in the area, said her neighbor spoke of having heard “a dog screaming like it was being tortured or hurt for a couple of minutes,” WTNH reported.

Garthwait says that the group has garnered some $13,500 in pledges and donations to encourage more people to find the culprits.

Animal rights organization PETA released a statement on July 10 condemning the act and offered a reward of up to $5,000.

“If this little dog was alive when he or she was set on fire, the agony and terror were likely intense and prolonged and are almost unimaginable,” PETA said in its statement, as cited by local station WFSB.

“We must find and punish the person responsible for this horrific act, and if the animal’s suffering isn’t enough of a motivation, the link between cruelty to animals and violence against humans is well established, so this dog’s killer must be held accountable and stopped from hurting anyone else.

“If police have no leads in this case, PETA will offer a reward of up to $5,000 for information leading to the arrest and conviction on cruelty charges of whoever was responsible for this dog’s death.”