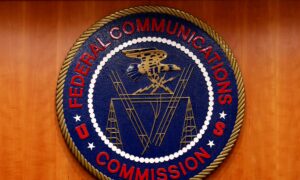 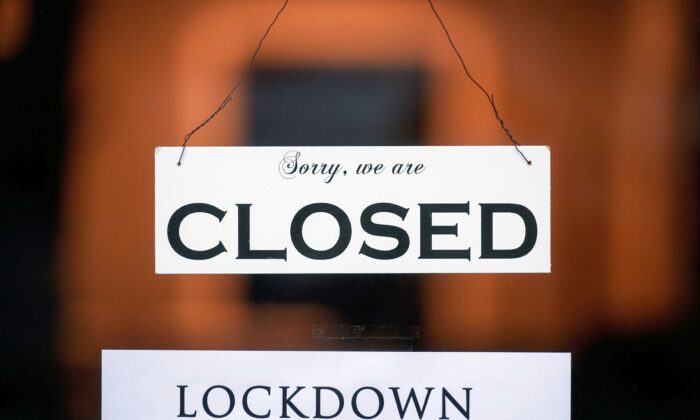 A sign reading 'Sorry, we are closed' is seen at a shop on Jan. 4, 2021. (Ina Fassbender/AFP via Getty Images)
Viewpoints

Small-business owners are struggling to survive the pandemic and government-imposed lockdowns. But white male business owners have an added problem. While politicians are offering loans and grants to minority-owned and women-owned businesses, they could care less about helping white men.

What’s next? Tax breaks for women and minorities, and higher rates for white men? Government programs shouldn’t discriminate. We’re all supposed to be equal under the law.

Tell that to President Joe Biden, who won the election with promises to unify. His 27-page plan to “build back better by advancing racial equity” proposes dozens of taxpayer-funded programs for businesses owned “by Black and Brown people” and no mention of white-owned businesses. That’s bound to provoke racial resentment.

Biden pledges to close the wealth and earnings gap between whites and minorities. Bravo! Who can argue with wanting all Americans to succeed? The issue is how. Donald Trump narrowed the gap by boosting employment and growth, and not resorting to race-specific programs.

Biden’s plan, on the other hand, barely mentions growth. His approach is about rigging the system—targeting benefits to favored groups.

Several states controlled by Democrats are also putting race and gender ahead of fairness. Last May, New York Gov. Andrew Cuomo launched the New York Forward Loan Fund “focusing on minority and women-owned small businesses.” The program requires that 60 percent of the taxpayer-funded loans go to minority- and women-owned enterprises, double their share of the state’s businesses. That puts white male business owners at a disadvantage. It’s probably unconstitutional—violating the 14th Amendment’s guarantee that we all be treated equally.

When Oregon state politicians reserved a pot of COVID-19 relief money for black residents and black business owners only, a white logging company owner who was bleeding money because of lockdowns sued the state and succeeded in getting the discriminatory program halted until the case is decided.

Similarly, when Colorado awarded COVID-19 relief funds to minority businesses only, a white barbershop owner sued, insisting on his right to be treated equally under the law.

Minority-owned businesses have been hit especially hard during the pandemic, but there are ways to help without screaming “whites need not apply.”

When the first round of Paycheck Protection Program loans was launched last spring, small businesses that lacked an existing relationship with a bank had trouble applying, including many minority-owned businesses. But by late summer, that problem was largely solved by outreach efforts. Federal data show that as of Dec. 1, over half of all Paycheck Protection funding went to businesses in distressed or low- to moderate-income neighborhoods.

Aid should go first to enterprises that support jobs, regardless of the race of the owner. COVID-19 relief is supposed to protect paychecks. A staggering 2.1 million of the 2.6 million black-owned enterprises in the nation have no employees, just an owner, according to the U.S. Black Chambers, a business group. Propping up businesses without workers simply because they’re minority-owned, in preference to businesses with employees, is foolish. Cuomo’s minority-focused loan program suffers from that problem.

Congress is drafting the next COVID-19 relief bill now. To foster national unity and treat all Americans equally, legislators need to provide small businesses help without regard to race or gender. Businesses that demonstrate the greatest need should get the help. Even businesses owned by that politically disfavored group: white men.