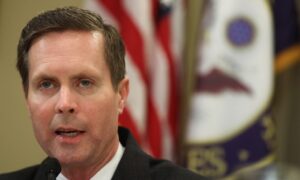 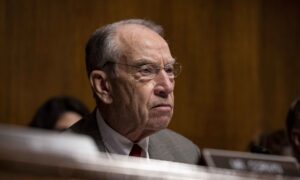 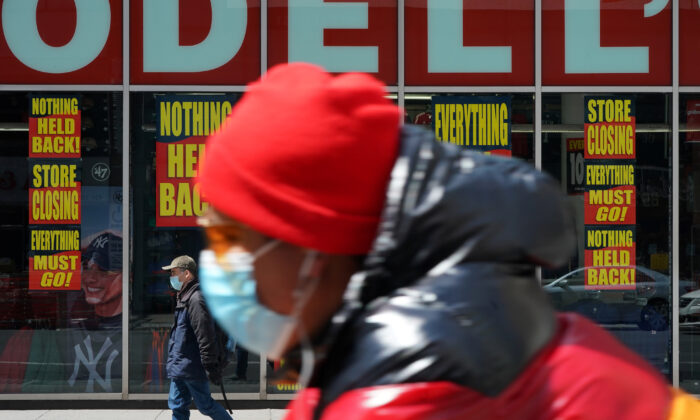 A man wears a mask as he rides past a closed Modell's in New York City on April 15, 2020. (Reuters/Bryan R Smith)
Economy

The government’s small business rescue loan program, which is part of the $2.2 trillion COVID-19 relief package, has hit its $349 billion limit and is now basically out of money.

The loans, which are forgivable if businesses meet certain conditions, including not laying people off, are administered by the Small Business Administration (SBA).

The organization states on its website that it is “unable to accept new applications for the Paycheck Protection Program (PPP) based on available appropriations funding. Similarly, we are unable to enroll new PPP lenders at this time.”

Jen Kelly, SBA communications liaison, confirmed to The Epoch Times in an emailed statement that “all PPP funds are exhausted.”

There have been repeated warnings that the PPP funds would run out amid a surge of interest from small businesses hard-hit by the pandemic.

In a stark illustration of how the virus-driven economic rout has hit America’s entrepreneurs, layoffs at small businesses with fewer than 49 employees jumped by 1,136 percent month-over-month, according to a recent payroll processing company report. And in today’s weekly jobless claims report, the Labor Department said more than 5 million U.S. workers filed for unemployment during the week ending April 11, bringing the seasonally adjusted insured unemployment rate to a record high of 8.2 percent.

The SBA also stated that a separate $10 billion Economic Injury Disaster Loans program had also run out of funds. It was designed to get fast cash into the hands of businesses, providing a $10,000 advance within just a few days of applying.

President Donald Trump, Treasury Secretary Steven Mnuchin, and lawmakers from both parties pledged to pour more money into the Paycheck Protection Program, but talks have stalled over details.

Broadly, Republicans have sought to boost the program with $250 billion in emergency cash while insisting the tranche should be limited to small-business loans.

Trump said April 10 that the bill should stick to relief for small businesses but called for talks on a separate and bigger “phase 4” infrastructure package that would also include payroll tax cuts.

Democrats, meanwhile, support the $250 billion in additional funding for small businesses but are determined to see at least another $250 billion in spending for things like hospitals and local governments.

While the sides remain deadlocked, negotiations between Congress and the White House on topping up the program resumed on April 15.

On April 15, Treasury Secretary Steven Mnuchin and SBA Administrator Jovita Carranza issued a joint statement saying that no new loan approvals can legally be granted once the program experiences a “lapse in appropriations.”

“The SBA has processed more than 14 years’ worth of loans in less than 14 days,” the two officials said in the statement, and urged lawmakers to appropriate more funds to the program that they said, “is saving millions of jobs and helping America’s small businesses make it through this challenging time.”

“We urge Congress to appropriate additional funds for the Paycheck Protection Program—a critical and overwhelmingly bipartisan program—at which point we will once again be able to process loan applications, issue loan numbers, and protect millions more paychecks,” Mnuchin and Carranza said.

“The fund being exhausted clearly puts pressure on Congress to act and come to a reasonable conclusion,” said Rep. Patrick McHenry (R-N.C.), the top Republican on the House Financial Services Committee, according to The Wall Street Journal. “Every day that passes that we don’t fund this program, more pain is felt by small-business folks and their employees.”