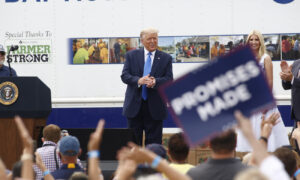 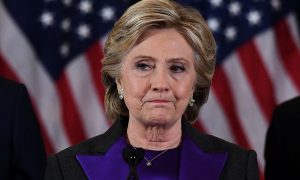 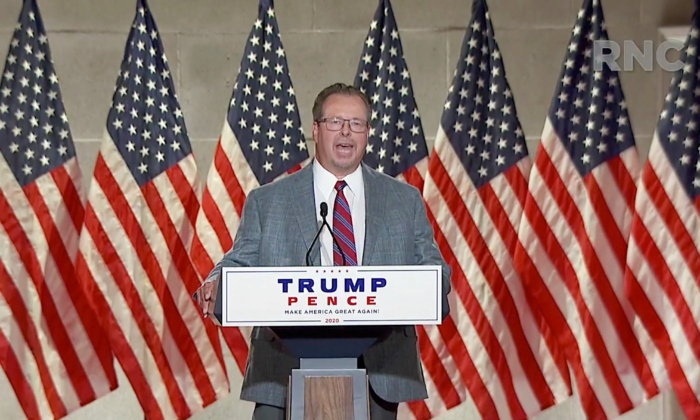 A lobster fisherman, a dairy farmer, and a metal fabricator delivered speeches during the Republican National Convention on Aug. 25, lauding President Donald Trump’s economic policies, including tax cuts and deregulation.

Jason Joyce, and an eighth-generation lobster fisherman from Maine, said he didn’t support Trump during the 2016 election, but has since changed his mind after the president followed through on his campaign promises. He lamented an Obama–Biden administration move to order thousands of miles of ocean off-limits to commercial fishermen.

“President Trump reversed that decision, reinstating the rules that allow stakeholder input, and he supports a process that seeks and respects fishermen’s views,” Joyce said.

“As long as Trump is president, fishing families like mine will have a voice. But if Biden wins, he’ll be controlled by the environmental extremists who want to circumvent longstanding rules and impose radical changes that hurt our coastal communities.”

Joyce and other speakers at the convention delivered addresses either in front of an empty hall or remotely due to concerns about the spread of the CCP virus, commonly known as the coronavirus.

The Democratic National Convention, which was conducted in a similar format last week, featured a number of people who voted for Trump in 2016 but have since switched to supporting Democratic presidential nominee Joe Biden.

At the Republican National Convention, Cris Peterson, owner of a 1,000-cow dairy farm in Wisconsin, said that business was horrible in 2016, with many generational farms across the nation going out of business. Things turned from bad to worse in 2017 after Peterson’s 120-year-old barn and milking center burned to the ground. Despite the hardships, her company has recovered and built a new state-of-the-art robotic milking facility.

“More than any president, he has acknowledged the importance of farmers and agriculture. That support and focus on negotiating new trade deals gave us the confidence to rebuild our barn and dairy operation.”

When business came to a screeching halt amid the lockdowns related to the CCP virus pandemic, the president “took the necessary action knowing that agriculture is our backbone and strength, critical to our national security,” she added.

John Peterson, owner of a metal fabrication business, blamed the Obama–Biden administration for putting his business into a tailspin.

“We scrapped and clawed and hung on with everything we had for two years. And then everything changed,” Peterson said. “Because Donald Trump was elected president. He knew what it was like to build a company and to create jobs for American workers. And he got right to work.”

Peterson praised the president for cutting regulations and putting an end to “draconian banking regulations” that made it difficult for his business to borrow money.