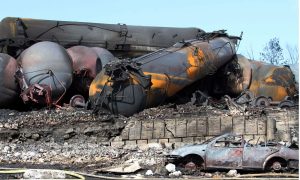 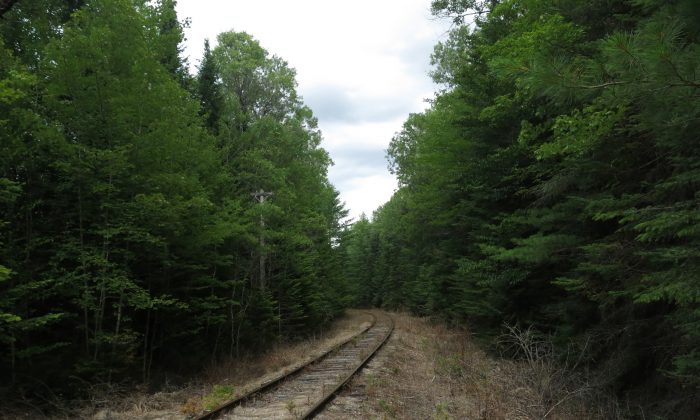 TAHAWUS, N.Y. — New tank car safety standards coupled with a slump in oil-by-rail shipments are causing headaches for many in the railroad business, but for a struggling scenic railroad in the Adirondacks and other short-line operators, they may bring salvation.

Ed Ellis, president of Saratoga and North Creek Railway, said he plans to store up to 500 empty tank cars for a year or more on seldom-used tracks near the High Peaks Wilderness region of the Adirondacks. He estimated storage fees could add up to “seven figures,” ensuring the future of the cash-strapped tourist train.

“Developing the revenue stream from the storage is very helpful for making the railroad viable,” Ellis said of the Saratoga line, which he noted several months ago was operating in the red.

We have a 10-mile stretch that no longer has a customer on it, so it’s a great place to store strings of cars.
— George Betke, CEO of Farmrail

And new federal rules unveiled in May call for an estimated 43,000 cars that haul crude to be phased out or retrofitted by 2020. Owners of old-style tank cars need some place to store them until they can be modified to better resist puncture in a derailment, put to work hauling non-hazardous cargo, cut up for culvert pipe or sold as scrap.

That means miles-long lines of black tank cars are showing up on long-unused rail spurs around the country as short-line railroads store them for the leasing companies or other entities that own them.

Ellis said the Saratoga line’s parent company, Chicago-based Iowa Pacific Holdings, recently put three miles of cars in storage at its facilities in Colorado “and more are coming. … We have a guy who’s marketing car storage for us full time.”

Iowa Pacific, which operates 11 short lines, announced last month that it was repurposing track to store up to 10,000 cars taken out of service because of the new federal safety rules.

At best, this proposal is an eyesore.
— Roger Downs

“Right now, there is an apparent shortage of storage space,” said George Betke, CEO of Farmrail, a regional railroad in western Oklahoma. “We get a couple calls a week from parties looking to store cars. Some short line operators are full.”

Most short line railroads haul low-value commodities on a limited basis, Betke said. “You tend to have a side track that’s not in use. We have a 10-mile stretch that no longer has a customer on it, so it’s a great place to store strings of cars.”

Is America’s Oil Transport by Rail Putting Lives at Risk?

The railroads negotiate storage fees, which generally range from $2 to $20 per car, Betke said. Car owners are willing to pay more for storing uncleaned tank cars, like the ones Ellis is seeking, to avoid the $3,500 cleaning fee.

Ellis’s storage plan in New York has raised objections from environmental groups because the tracks — from North Creek to Tahawus — are in the 6-million-acre Adirondack Park, a patchwork of public and private land where development is strictly regulated under state law. Railroads are governed by federal rules, but state environmental officials and the Adirondack Park Agency said they are looking into whether they have any oversight in this case.

While the tankers are empty, they still have residual oil inside, so federal regulations require them to be labeled as hazardous.

“The Sierra Club is absolutely opposed to mothballing obsolete oil tankers in the Adirondack High Peaks Wilderness Area and along the nascent Hudson River,” said Roger Downs, conservation director of the club’s Atlantic Chapter. “At best, this proposal is an eyesore.”

Peter Bauer, executive director of Protect the Adirondacks, said miles of tanker cars aren’t what people are looking for when they travel to the mountains.

“If you’re a canoeist, you’ll clearly see these tank cars” if they’re placed on tracks that border the wild and scenic rivers, Bauer said.

Ellis said he doesn’t know exactly where the cars will be stored, but the public won’t see them unless they hike more than two miles through the woods.