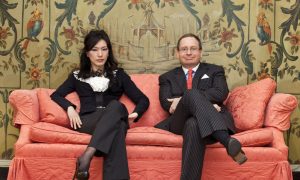 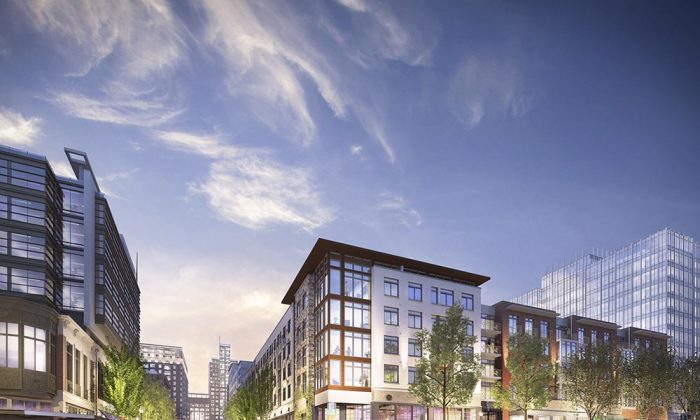 The meeting was held at the Bethesda North Marriot and Conference Center in North Bethesda, M.D., on Sept. 12.

The overall office vacancy rate is at 14.7 percent, up from 14.3 percent last year, according to a Transwestern mid-year report. To remain competitive in the market, some developers are creating amenity-filled spaces.

“What we do is try to provide every amenity … [It’s about] what you can offer that differentiates yourself,” said Robin McBride, vice president and Mid-Atlantic Region chief operating officer with Federal Realty Investment Trust.

The suburban Maryland office market currently favors tenants. Office rents declined by 1.4 percent during the first half of 2013, according to the Transwestern report. Companies with a need for more office space can take advantage of low rents and concession packages offered by developers.

Transwestern forecasts that office rents will continue to decline during 2013, but the report anticipates that new office spaces will have premium rates.

One property developer attributed some of the slow growth in the suburban Maryland office market to a lack of confidence in Maryland’s regulator business environment.

D. Scott Vossler, director of commercial operations at Foulger-Pratt Contracting LLC, said he anticipates that the slow growth will follow the cyclical recovery of the overall economy and real estate market, similar to past market recoveries he has witnessed.

Despite the reported slow growth in the office market, planned new office development projects in Maryland with combined mixed-use and residential properties are completely revitalizing some neighborhoods.

Planned office and residential developments on Rockville Pike are slated to transform the busy corridor of retail business and strip malls into dynamic working and living communities.

Near the Twinbrook Metro Station, Twinbrook Partners plans to develop a 140,000-square-foot, sleek-designed office building with open interior spaces and windows on all four facades. The building is set to be part of an urban downtown center at Twinbrook Station that includes 26 acres of mixed-use development with 2.2 million square feet of residential, retail, and office space.

One stop south on the Metro Redline, Federal Realty Investment Trust, the developers behind Bethesda Row, are hard at work on the Mid-Pike Plaza, a redevelopment project. The shopping center, which includes AT&T, VisionWorks, and a Chipotle Mexican Grill, is planned to be transformed into a mixed-use community with 1.7 million square feet of retail and office space and over 1,500 residential units.