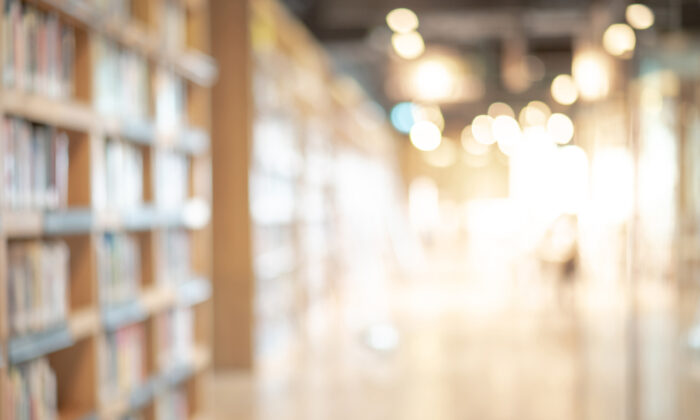 Bookshelves are seen in a file photo. (Shutterstock)
Canada

A teacher with an Ontario school board says she was bullied and slandered after she was ejected from a board meeting for raising questions about the age-appropriateness of some books in elementary school libraries that deal with gender transition.

“Board members have taken to radio, television, social media to grossly misrepresent my remarks. I feel bullied, slandered, and abused,” Carolyn Burjoski, a teacher with the Waterloo Region District School Board (WRDSB), said in a video posted on Twitter on Jan. 21.

My response to the events that transpired this week regarding my presentation to the school board. You can read more about the story here:https://t.co/VdLwhejXGZ#WRDSB #wrdsbmtg pic.twitter.com/Y5cX3684zX

Burjoski, a teacher with more than 20 years experience, says she was told by human resources (HR) that she’s  “assigned to home” pending a formal investigation, following her remarks at a Jan. 17 WRDSB meeting held online. She said HR also banned her from contacting her colleagues and students.

During the Jan. 17 meeting, Burjoski read excerpts from a book titled “Rick,” by Alex Gina, in which the main character Rick questions his sexuality because he’s not thinking about naked girls, and later declares an asexual identity after joining the school’s rainbow club.

“While reading this book I was thinking ‘maybe Rick doesn’t have sexual feelings yet because he is a child,’” Burjoski said.

“It concerns me that it leaves young boys wondering if there is something wrong with them if they aren’t thinking about naked girls all the time. What message does this send to girls in Grade 3 or 4?” she said. “They are children. Let them grow up in their own time and stop pressuring them to be sexual so soon.”

Burjoski continued to cite another book, “The Other Boy” by MG Hennessy, in which a 12-year-old named Shane Woods undergoes gender transition.

Burjoski said the book “makes very serious medical interventions seem like an easy cure for emotional and social distress,” and that “it does not take into account how Shane may feel later in life about being infertile.”

Piatkowski interjected again, this time removing her from the virtual meeting.

“Ontario Human Rights Code includes gender identity as a grounds for discrimination and I’m concerned your comments violate that so I’m ending your presentation,” he said.

Piatkowski later said on Twitter that he “made a ruling. Trustees upheld that ruling. I stand by it.”

He said in an interview with CTV that Burjoski’s comments were “frankly transphobic.”

Reacting to the issue, NDP MPP Laura Mae Lindo, who represents Kitchener Centre, said on Twitter, “I’m not sorry that someone who opened the door to transphobic comments was stopped from keeping that door open.”

The WRDSB usually posts video recordings of its meetings on YouTube, but didn’t post the recording of the Jan. 17 meeting. In a statement issued on Jan. 20, the school board said its decision to withhold the video was due to concerns about the potential violations of the Ontario Human Rights Code and “the harm that could affect our students, staff, and communities in Waterloo Region.”

Burjoski says the school board removed the video of the meeting “so people are not able to hear what I actually said.” She adds that that she has promoted human rights all her life, and is not questioning trans-persons’ right to exist.

“This isn’t just about me, it’s about all of us. Cancel culture needs to stop,” she said in her video. “We need to recover our ability to listen to each other and to speak with one another with open minds. Respectful dialogue is the core of democracy.”

Some school board trustees, including Mike Ramsay, came to Burjoski’s defence.

“It’s wrong on so many fronts, and I’m quite disturbed and I’m concerned,” Ramsay told CTV, referring to how the school board treated Burjoski.

Fellow trustee Cindy Watson said she had “the impression that the teacher was speaking about age appropriateness,” according to Cambridge Today.

A spokesperson for the WRDSB told The Epoch Times that the board doesn’t have any comments in response to Burjoski’s video.

Editor’s note: This article was updated to add a response from WRDSB.