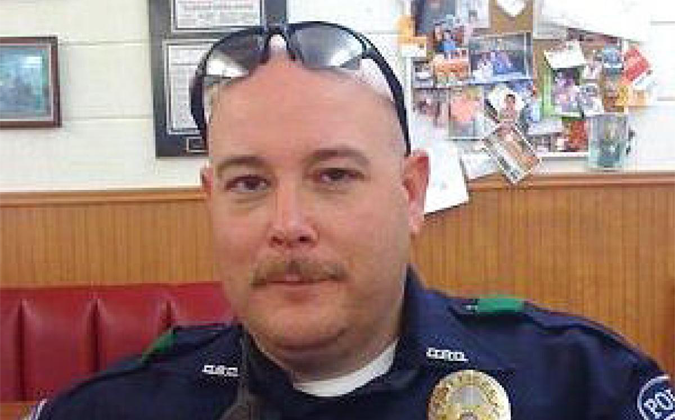 Dart Officer Brent Thompson who was killed in a Dallas attack against police. (Via LinkedIn)
Crime and Incidents

Authorities have identified Brent Thompson as one of the five officers who was killed in an ambush-style attack in Dallas during a protest on July 7.

The Dallas Area Rapid Transit (DART), says the department is grieving the loss of Thompson, 43. He is the first officer to be killed in the line of duty since DART formed a police department in 1989.

Thompson is the first officer from the Dallas attack to be identified as deceased.

“As you can imagine, our hearts are broken. This is something that touches every part of our organization,” said DART in a statement.

“We are grateful to report the three other DART police officers shot during the protest are expected to recover from their injuries,” added DART.

DART also sent their condolences to the Dallas Police Department in the loss of their four officers.

Thompson, who joined DART 2009, was remembered by his colleagues as a “great officer.”

This is Brent Thompson with his grandson. He’s the first DART officer killed in the line of duty. pic.twitter.com/XQuoF8xnCZ

Before joining DART, Thompson worked with American police officers in Iraq and Afghanistan for the military contractor Dyncorp, according to his LinkedIn page. He also served on the Navarro College Police Academy.

“I am motivated by a “Team” atmosphere. I enjoy working on challenging tasks and problem solving with my peers. I am constantly looking for different ways to serve the department, this helps to keep my work from becoming sedentary and boring,” he said about himself in his profile.

Thompson was one among five officers killed when sniper fire broke out in Downtown Dallas at around 8:45 p.m. on Thursday as hundreds of protesters had gathered to protest against two fatal police shootings this week in Baton Rouge, Louisiana, and suburban St. Paul, Minnesota.

Seven other officers and one civilian were also injured.

Dallas Police Chief David Brown told reporters multiple snipers fired “ambush style” upon the officers. One suspect was killed by a robot with a bomb that police sent into a parking garage. Brown said officers negotiated with the suspect and he “seemed lucid during this negotiation,” but he expressed a wish to kill white people, especially white officers. Three other suspects are in custody.

Dallas police respond after shots were fired during a protest over recent fatal shootings by police in Louisiana and Minnesota, Thursday, July 7, 2016, in Dallas. Snipers opened fire on police officers during protests. (Maria R. Olivas/The Dallas Morning News via AP)

The ambush-style attack is the deadliest on U.S. law enforcement since 9/11.

President Barack Obama, who is in Warsaw, Poland, where he’s meeting with leaders of the European Union and attending a NATO summit, said the country is “horrified” over the shootings of police officers.

A Dallas police officer covers his face as he stands with others outside the emergency room at Baylor University Medical Center, Friday, July 8, 2016, in Dallas. (AP Photo/Tony Gutierrez)

“I speak for every single American when I say that we are horrified over these events, and that we stand united with the people and the police department in Dallas,” said the president.

“Let’s be clear: There is no possible justification for these kinds of attacks or any violence against law enforcement,” he added.

Obama also pressed on gun control saying, “We also know that when people are armed with powerful weapons, unfortunately it makes attacks like these more deadly and more tragic. And in the days ahead, we’re going to have to consider those realities as well.”